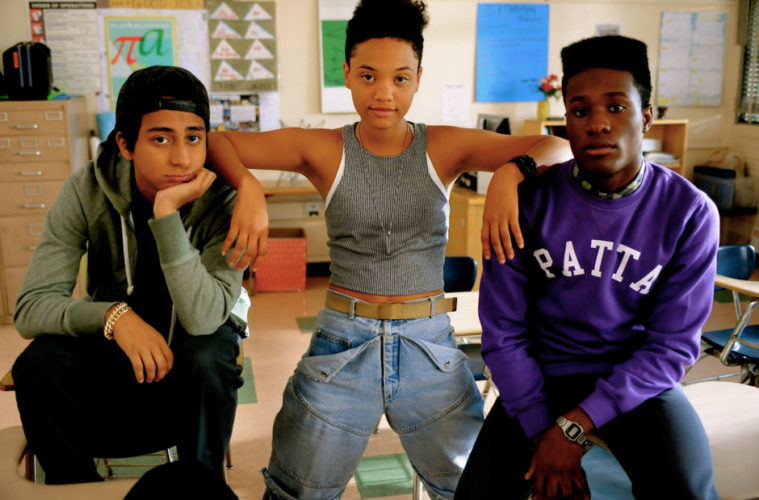 New Teaser For ‘Dope,’ Which Has Been Re-Edited After Sundance Premiere One of the features that seemed to be among the best-received at this year’s Sundance was Rick Famuyiwa‘s Dope, which was part of the U.S. Dramatic Competition slate and picked up an editing award. Starring Shameik Moore, The Grand Budapest Hotel‘s Tony Revolori, Kiersey Clemons, Workaholics‘ Blake Anderson, Zoë Kravitz, A$AP Rocky, and more, it follows a group of high schoolers in Inglewood, California.

We mostly liked it, saying in our review, “Dope opens with a sense of energy proclaiming that writer-director Rick Famuyiwa has something to say, and he’s going to do it in his own particular way. Difficult to quantify, the Sundance drama is many things: a love letter to the 1990′s era of style and hip-hop, a coming-of-age story, a crime drama, a romance, an examination of social media, and an offbeat comedy. While some of these strands don’t entirely excel, Dope is often a refreshingly lively and passionate work of filmmaking.”

However, clocking in at 115 minutes, our biggest complaint was the pacing, especially in the last act. It looks like Open Road Films have heard the qualms, as the film has now shaved off a little more than 10 minutes for the theatrical release, cutting it down to 104 minutes, according to their page on Apple. A new teaser has also now dropped, which sells the vibe, but actually shows off less footage than the first trailer (which the distributor has since wiped from the internet). Check it out below, along with some poster art.

A critical hit and audience favorite out of the Sundance Film Festival, in DOPE, Malcolm (Shameik Moore) is carefully surviving life in a tough neighborhood in Los Angeles while juggling college applications, academic interviews, and the SAT. A chance invitation to an underground party leads him into an adventure that could allow him to go from being a geek, to being dope, to ultimately being himself.