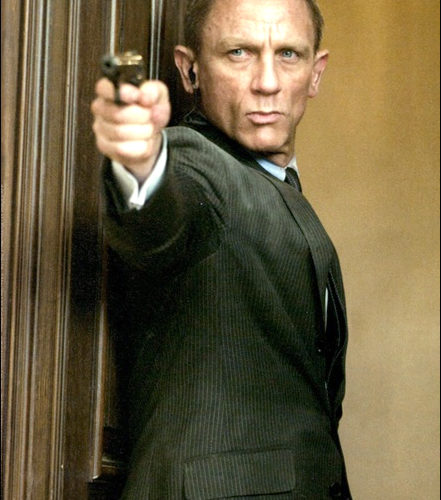 With filming set to wrap up in a few months, we are finally getting a new Bond film this year. Details have been sparse on Sam Mendes‘ Skyfall, but some more tidbits have trickled into today, along with new images thanks to French magazine Studio Ciné Live. We get our first look at Naomie Harris playing field agent Eve and Ralph Fiennes (with more details on his spoilery role here) in some unfortunately lo-res images, but there are a few nice stills of Daniel Craig in action as James Bond. The piece reveals that Mendes is intent on bringing more humor than in the last two movies and wants to explore the roots of the MI6. Check out the scans below and more details at Commander James Bond (via CBM).

Update: New, hi-res images have arrived, showing Craig and Fiennes in action, along with some wonderfully moody shots of Bond. The official site also brings new on-set featurette, which allows Bardem to give some insight into the film and his character.

You can see these below: