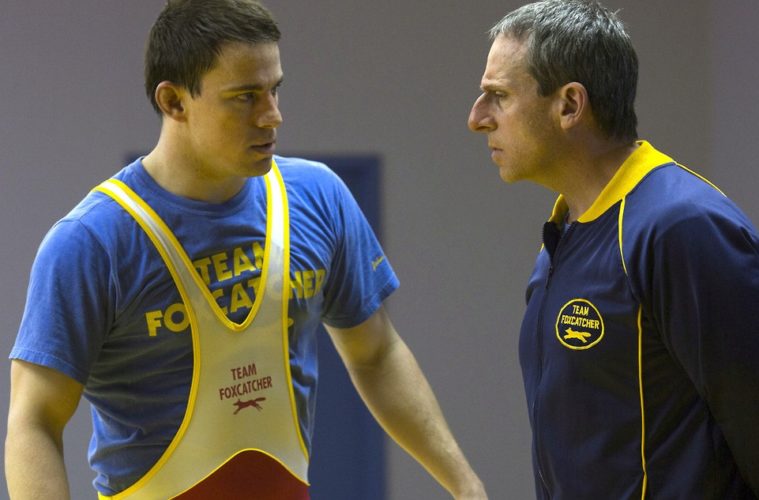 New Images From Cannes Premieres ‘Maps to the Stars,’ ‘Foxcatcher,’ ‘Sils Maria,’ The Rover,’ and More Soon after the official Cannes Film Festival line-up dropped the floodgates opened for distributors and producers to show off their features that will grace the event. We got the first image from Ryan Gosling‘s debut, a new trailer and poster for Atom Egoyan‘s Captives, the first trailer and new stills for Dardennes‘ Two Days, One Night, as well as the full-length trailer for David Michod‘s The Rover. Now we’ve got a new batch of images to add to the pile.

First up, Foxcatcher will be holding its world premiere at the festival and above one can see Steve Carell and Channing Tatum in a new still. Following that, new images have dropped from David Cronenberg‘s wild-looking Maps to the Stars, Olivier Assayas‘ Clouds of Sils Maria, Mike Leigh‘s biopic Mr. Turner, Xavier Dolan‘s first film in competition, Mommy, a few new snaps of Robert Pattinson in The Rover, and lastly, Ken Loach‘s final narrative film Jimmy’s Hall. Check them all out below and stay tuned for our coverage.

Maps to the Stars – David Cronenberg Which film are you most anticipating?