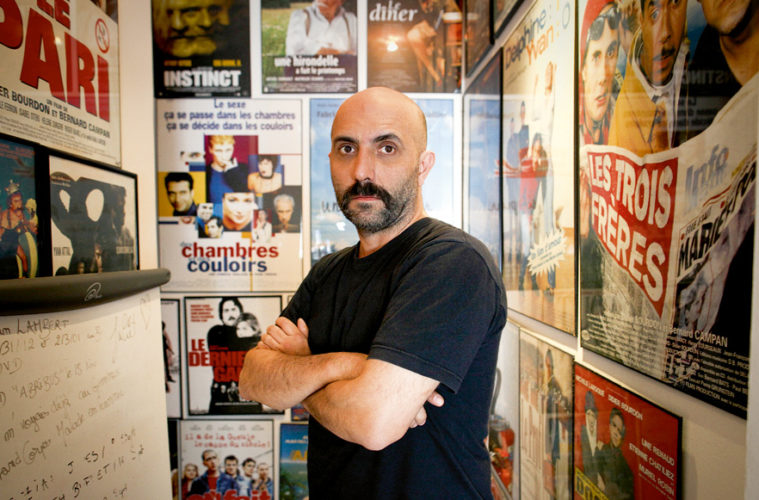 It will be five years this month that Gaspar Noé‘s last film, Enter the Void, premiered and in the interim there have been many rumors regarding exactly what his next project will be. Thankfully, there’s no more guessing as it has officially been unveiled today ahead of the Cannes marketplace. ScreenDaily reports that Wild Bunch will be backing Noé’s next project, titled Love.

Described as “a sexual melodrama about a boy and a girl and another girl,” producers go on to say, “It’s a love story, which celebrates sex in a joyous way. Gaspard feels that most films that touch on sex in traditional cinema are dark and dramatic, this will be really joyous… He says it’s a film that will give guys ‘a hard-on and make girls cry’.” So, it sounds like there’s something for everyone. No cast has been announced for the English-language production yet, but shooting will kick off next month, likely in Paris, for a hopeful 2015 premiere.

In a small tidbit, Arnaud Desplechin‘s Jimmy P. follow-up will be Three Memories of Childhood, described as “a portrait of a man as he looks back over three periods in his childhood and adolescence that shaped his life.” It will also be sold at Cannes, so perhaps we can expect more details soon.

Lastly, Deadline reports that John Krasinski has set up his sophomore effort following last decade’s Brief Interviews with Hideous Men. This new project is titled The Hollars and will bring together the talented trio of Anna Kendrick, Richard Jenkins, and Margo Martindale. Krasinski, however, will be leading as John Hollar, “an aspiring NYC artist who takes his girlfriend (Kendrick) back to his Middle America hometown on the eve of his mother’s (Martindale) brain surgery. There he’s forced to navigate the crazy life he left behind as his dysfunctional family, high school pals, his father (Jenkins), and his over-eager ex flood back into his life ahead of the operation.” Scripted by James C. Strouse, the film described as a cross between Steel Magnolias and Garden State will likely begin production this year.