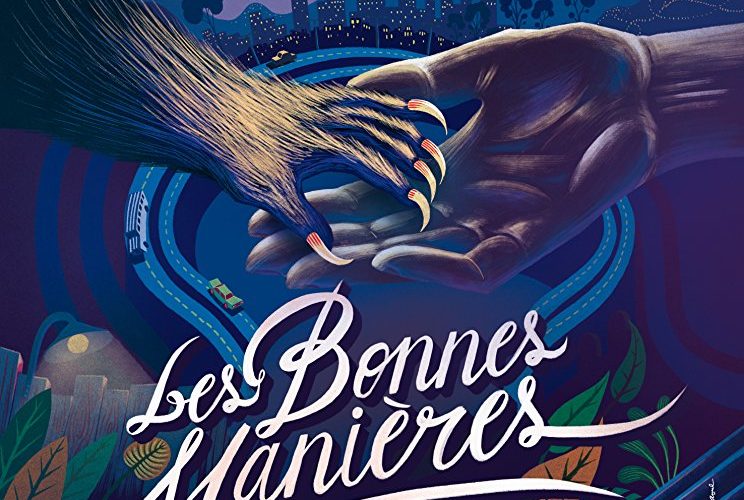 Contrasts abound in Juliana Rojas and Marco Dutra’s terrifyingly captivating Good Manners, a horror-meets-children’s-movie that uses all the tropes at its disposal to conjure up a piercing discussion of class, race, and desire in present-day Brazil. Six years after their collaborative debut, Hard Labor (2011), the writer-directors return to the theme of social divisions, this time to tackle it through the unconventional lens of werewolf mythology in a fantasy-fueled melodrama that should inject a much-needed revitalizing serum into a stagnating genre.

An unemployed professional caretaker from one of São Paulo’s poorer suburbs, dark-skinned Clara (a remarkable Isabél Zuaa) lands a gig as a live-in nanny at a fancy high-rise apartment. Her employer, pregnant Ana (Marjorie Estiano), is an entitled, white 29-year-old from a rich plantation family: shunned from her relatives after she refused to abort, she now awaits the due date indulging in compulsive shopping and steak eating. Initially hired as a housemaid and warned to steer clear from snooping, Clara rapidly turns into Ana’s confidante, only to learn a few dark secrets about her employer and the soon-to-be-born child: Ana’s flair for meat gives way to somnambulistic vampire tendencies, and the baby she is carrying may not even be human–not entirely, at least.

For its first hour, Good Manners unfolds as a visually entrancing hybrid of sorts, dancing between arthouse and genre cinema with the same dream-like bravado of its supernatural characters. Clara’s transition from mute servant to intimate lover-friend is hypnotic, if only a tad too rushed–it is difficult to square her proud, defiant attitude as she first puts up with Ana’s brattish requests with the besotted looks she gives her employer as the work relationship turns into a sexual liaison. But the cannibal/carnal bond that forms between the two is spellbinding.

Watching Ana sleep-walk around São Paulo and cajoling Clara into quenching her blood thirst echoes the horror-imbued racial satire of Jordan Peele’s Get Out–one of many nods to some of the genre’s biggest titles, past and recent. Horrors aficionados will identify bows to Polanski’s Rosemary’s Baby and marvel at a grotesque, An American Werewolf in London-worthy childbirth scene, though Rojas and Dutra’s penchant for the classics becomes evident as much through tropes and imagery as it does through Rui Poças’s cinematography and Fernando Zuccolotto’s production design. Ana’s lofty apartment recalls a 1940s Hollywood set design, while the matte backdrops of São Paulo’s skyline conjure up a fairy-tale like city, its people symbolically divided into classes and worlds apart by the Pinheiros river.

For a first half so rich in plot, subtext and genres, it feels somehow frustrating to see Good Manners’s potential stall a little as the feature enters its second part, and Rojas/Dutra hit a more traditional werewolf terrain. Flash forward seven years after Ana’s tragic childbirth: Clara has adopted her friend’s son Joel (Miguel Lobo) and raised him as an ostensibly normal boy–were it not for his strictly vegetarian diet and the bedroom wall he is chained to every full moon. Newcomer Lobo and Zuaa’s magnetic scenic presence can hardly rescue what feels like an overstretched and comparatively less interesting version of Good Manners’s first half. Joel’s lycanthropic coming-of-age story follows a series of rather expected plot twists, but if the predictability feels a little too unnerving, that’s because Good Manners extends far beyond than it probably should have, and it is baffling editor Caetano Gotardo did not feel the need–nor found a way–to trim things down.

That said, let its length not discourage you. For all its fantasy tropes, werewolves and blood-sucking sleepwalkers, Good Manners retains a realistic and heartwarming tone. Its protagonist is neither vampire-Ana nor lycanthrope-Joel, but Clara, a social outcast looking for empathy, and only able to find it in another pariah.