Naked Singularity Review: John Boyega Gets Caught Up in a Corrupt System 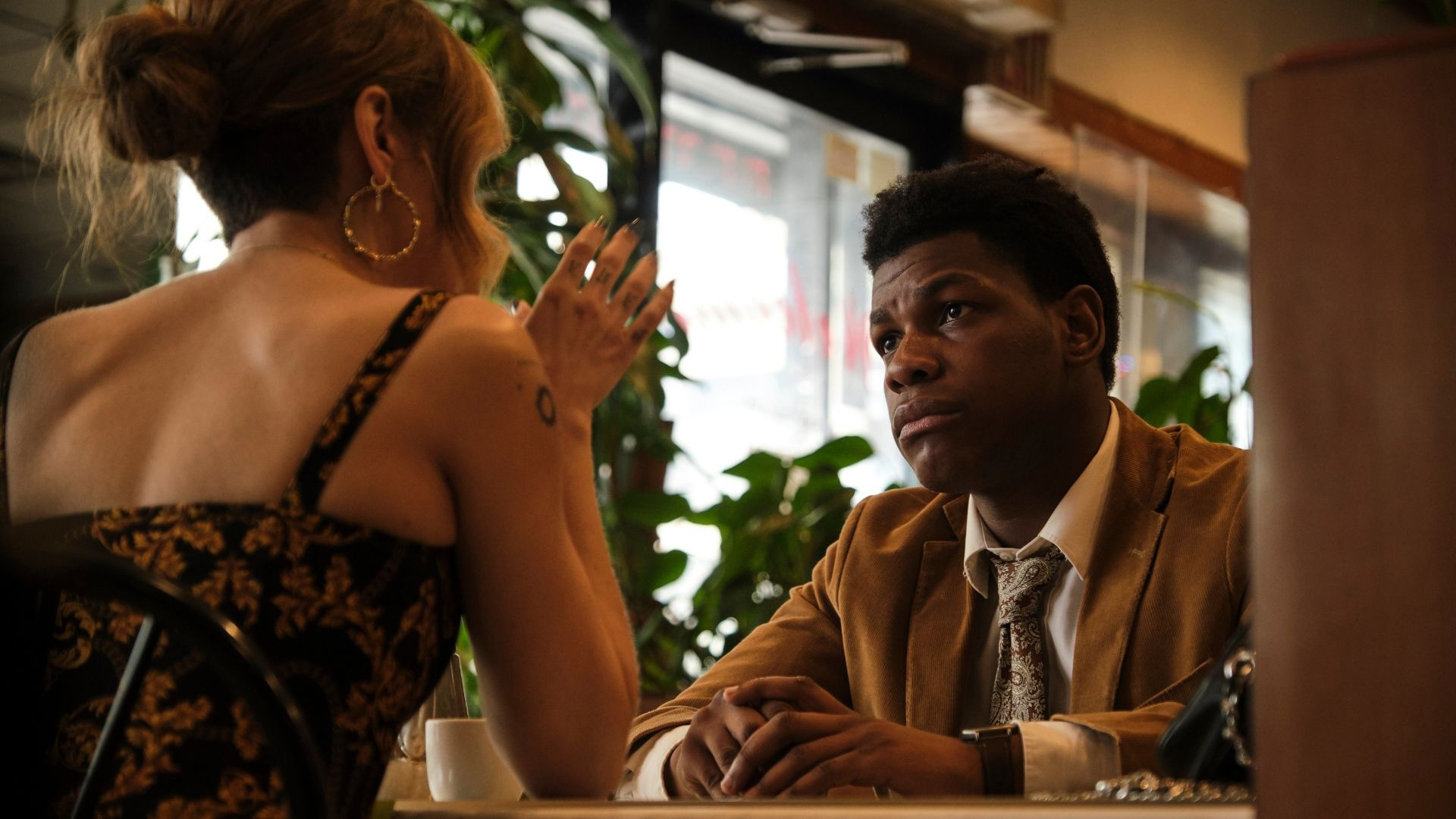 The title is a metaphor. The criminal justice system in America is a black hole consuming everything in its path but, unlike in general relativity where an event horizon shields the act from outside observation, we are helplessly watching as it happens. It’s what makes the conceit behind Sergio De La Pava’s novel so intriguing and why director Chase Palmer and his co-writer David Matthews’ adaptation, Naked Singularity, leaves a lot to be desired. While the concept remains sound as the backdrop for a frustrated public defender choosing the riskier road less traveled to make his mark and a difference when every other version of himself would balk, it has us believing the surreal visual anomalies sprinkled amidst the heist have purpose beyond superficial thematic reinforcement.

My assumption is that the blurring of lines between the climactic robbery and the collapse of the star that is the American courts, which blindly punish a disproportionate number of the population—already disproportionately under fate’s unyielding thumb—is handled better on the page, considering how well-regarded the source material proves. With more time for explanations, physics lessons, and internal context, there’s room to provide readers an understanding of the mechanics, and where reality and fantasy diverge. It’s room a 90-minute film simply doesn’t possess. We’re thus stuck with Tim Blake Nelson’s Angus instead: a “crackpot” placing space-time continuum importance upon NYC’s rolling blackouts while always seemingly smoking a joint. Take him out and let the weirdness exist without questions or answers and it probably all works better.

Why? Because we’d stop constantly wondering if we’re experiencing anomalous events or our tired public defender’s (John Boyega’s Casi) delusions. Let me spare you the trouble now and reveal that physics plays zero role here, so you’re not as disappointed as I was upon reaching the end by realizing it was all a smokescreen teasing something that simply wasn’t there. Besides a moment where Casi and his lawyer friend Dane (Bill Skarsgård) discuss the multiverse in order to agree that they should go against their own instincts this one time, the few instances of singularity talk are noise. Palmer and Matthews care only about the central drug deal and how their characters will ultimately converge to assist, double-cross, and potentially murder those who get in their way.

The film therefore lives or dies by how invested you are in this event. Craig (Ed Skrein) knows about a stash of heroin in an SUV about to go to auction. Lea (Olivia Cooke) works the booth at the NYPD’s depot. He tries to bribe her for the keys. She says no. Tinder says “swipe right,” and suddenly she’s arrested and requesting the public defender who helped her years back (Casi). Maybe she spills to the police for a deal. Maybe she lies for Craig. Maybe she lies to Craig to help herself. Add Dane as a literal wild card (he pops up whenever the plot needs him, as though he doesn’t exist otherwise) and maybe he and Casi will scheme their way into screwing everyone over themselves.

All the while those anomalies crop up to distract us. There’s a broken LED temperature gauge. There’s graffitied dialogue a character said earlier as though they willed it into physical existence. Casi even floats at one point he gets really angry. It’s a nice visual flourish that would probably play a lot better if it had purpose. What works in the abstract, however, doesn’t always work in practice. Where the text can preface these oddities as coming from Casi’s vantage point and no one else’s, the film inevitably makes it our vantage unless it tells us different. We believe it’s real and anticipate a payoff because its effect has been lost in translation.

For what? Idiosyncrasy? That’s hardly reason enough to work against your mission to provide an entertaining crime drama with the whispers of a deeper message. And this cast has the capability of getting us to understand the latter without the extras. We relate to Casi and his mounting rage at a system he knows is failing. The way he lets his emotions get the better of him opposite Judge Cymbeline (Linda Lavin) is genuinely funny because of the mix of sarcasm and scruples driving his impulse. Skarsgård is way too cartoony to take seriously, but both Cooke and Skrein do well to complement Boyega as supporting characters in way over their heads. The connection between their drugs and Casi’s justice is thin beyond its endgame, but that’s okay.

The fact that they motivate him to step into a gray area of crime (one that gets much darker than expected, if we truly believe what happens happens) as a means to an end is enough to make it all work in concert towards that goal. As everyone knows, nothing but money has the power to instill change in this messed-up world. If the crime Casi commits pays, he can fight without constantly looking over his shoulders to see when the system arrives to take him down too. How the heist plays out is inherently familiar, but it never bored me or had me rolling my eyes with incredulity. Rather than make a great film, however, these positives have me placing the presumedly better book into my queue.