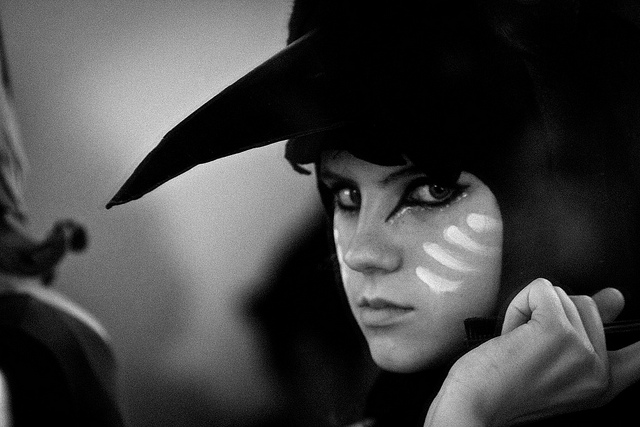 Looking back at the year, some of the best performances came from newcomers. After Dwight Henry and Quvenzhané Wallis debuted in Beasts of the Southern Wild at Sundance, the next major festival, Cannes, brought us Moonrise Kingdom with Jared Gilman and Kara Hayward. Now the latter star has landed her follow-up role, Deadline reports.

Hayward has signed on to a drama titled The Sisterhood Of Night, which sees her kick off a witch-hunt in her New Jersey town after discovering a secret society. Based on Steven Millhauser’s short story, the film is set to be directed by Caryn Waechter and the creators have even successfully raised almost $140,000 for the film earlier this year on Kickstarter. Check out a video created by the filmmaker detailing the movie, plus an extensive synopsis below and more on the official site.

When the high school’s gossip girl exposes a secret society called The Sisterhood of Night, the quiet town of Fairview is thrown into the public eye and blogosphere. What follows is a chronicle of three girls’ unique and provocative alternative to the complexities of the digital abyss.

The suburban town of Fairview, New Jersey is as ordinary as can be,  inhabited by church-going all-American families whose idea of a scandal is an ill-trimmed lawn. But even the most immaculate of towns has its share of secrets, and in Fairview, it involves a group of girls who sneak out after sunset to meet in secret locations around town. One morning at church, Emily Parris, the school’s needy gossip girl, exposes a secret society of girls called The Sisterhood of Night, and accuses them of deviant activities unimaginable to those living behind white picket fences.

The allegations throw quiet Fairview into the public eye and blogosphere. The mystery only deepens when each of the accused refuses to explain herself and an on-line investigation for evidence yields…nothing. Frenzied and perturbed, the Parent-Teacher Association asks Gordy Milliken, the well-meaning guidance counselor, to interview each of the girls to get to the bottom of the matter. Three of the girls are particularly suspicious: Mary Warren, the alleged leader of The Sisterhood who is covertly hooking up with a boy from school; Catherine Huang, who has a crush on David Beckham and hides her fear of losing her mom to cancer; and Lavinia Hall, a child prodigy pianist who doubts she’ll ever be kissed.
 
Though pressure mounts and the investigation turns invasive, Mary, Catherine, Lavinia, and the other members of The Sisterhood hold their vow of silence, even as their classmates begin to assume things of them that may or may not be true. Why are they willing to risk so much, just for a nighttime gathering in the woods? What, then, are the girls’ deepest secrets? The Sisterhood of Night chronicles three girls’ unique and provocative alternative to the loneliness of adolescence and the digital abyss, along the way revealing the tragedy and humor of growing up–unprecedented in an Internet age that is here to stay, and timeless in its resounding echoes of betrayal and friendship.

Are you looking forward to Hayward’s next role?