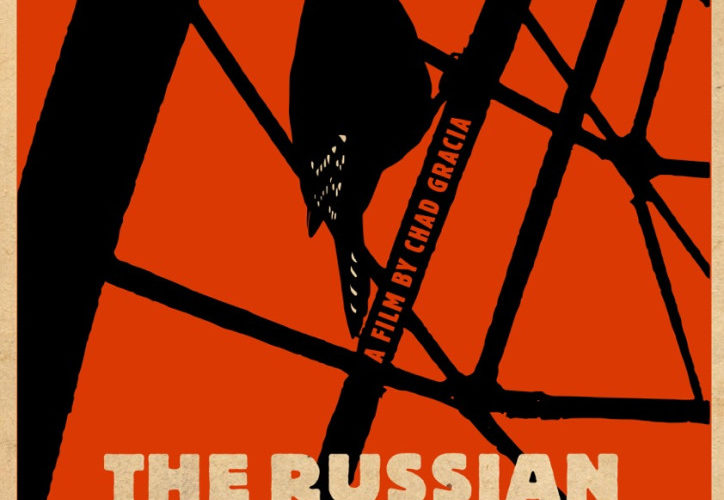 Earning a grand jury prize at this year’s Sundance, The Russian Woodpecker is an exhilarating collaboration between US-based filmmaker Chad Gracia and Ukrainian artist Fedor Alexandrovich that exists somewhere between performance art and journalism. While Gracia’s feature begins as a traditional work of artistic documentation it evolves quickly into a haunting thriller as Ukraine’s political climate changes. Opening with a disclaimer that is later explained, The Russian Woodpecker is brave filmmaking for all involved, from Alexandrovich, who uncovers a conspiracy within Chernobyl, to local cinematographer Artem Ryzhykov, who risks his life to capture the images of protest in the film’s third act as Vladimir Putin takes back the Ukraine.

Chilling and engaging from frame one, Gracia begins the project with a simple premise: he’s going to document Alexandrovich as he creates a new work about the Chernobyl disaster. While Hollywood has glamorized the disaster in the 2012 found footage horror flick Chernobyl Diaries, Alexandrovich and Gracia’s discovery here is far more thrilling, from the cover-up to the discovery of the Duga system (a radio frequency that had been in operation on the site of Chernobyl designed as a deterrent depending on who you talk to)  Speaking to the old guard, sometimes employing hidden cameras, Alexandrovich’s work crosses the boundaries of art and transcends into life-threatening undercover journalism as he searches to make sense of the program and disaster. While its early passages mirror another portrait of an artist oppressed by his government, the documentary Ai Weiwei: Never Sorry, The Russian Woodpecker miraculously weaves together multiple stories. Alexandrovich’s investigation of the Druga system soon turns into a story following Putin and his cronies as they take the Ukraine, moving into Kiev. The challenge of covering such a story is that history is often moving faster than the filmmakers, who are in the middle of things, can process. A few details remain a little murky as Alexandrovich feels threatened by the ghosts of the Soviet Union, so he flees the country after making an important speech addressing separatists in Kiev.

The stakes are high for Alexandorivch as he struggles to piece to together a work that reflects national identity for the sake of his son and future generations. Before embarking on the project he takes him to the Chernobyl memorial museum which simplifies the accident in a diorama. What follows the incident and nuclear fall-out is disturbing courage as Mikhail Gorbachev waits 18 tradition-filled days to address the nation regarding the accident — those responsible for the incident, loyal soldiers for Gorbachev, essentially get off lightly.

With an engaging third act that inspired cheers (and a standing ovation following my screening), The Russian Woodpecker is an unexpectedly compelling political thriller. Gracia sets the film up as an artistic documentation with only a hint of what’s to follow, initially feeling tacked on in order to acknowledge the current turmoil in region. Doubling back in its third act, the picture thrillingly takes us behind the critical movement to retain Ukrainian independence and it soon becomes a proxy for a larger discussion worth having as Moscow’s global influence remains strong. The fight, as the third act illustrates, is very real and very personal. The Russian Woodpecker is a bombshell of a film, doubling as both a wake-up call and an engaging thriller, even if it times it disorients. Even if history moves faster than the filmmakers can keep up with, at least they’re on the front lines, creating a critical historical document. As such, much is left open-ended and uncertain.

The Russian Woodpecker screened at the Montclair Film Festival and is seeking distribution. See the trailer here.