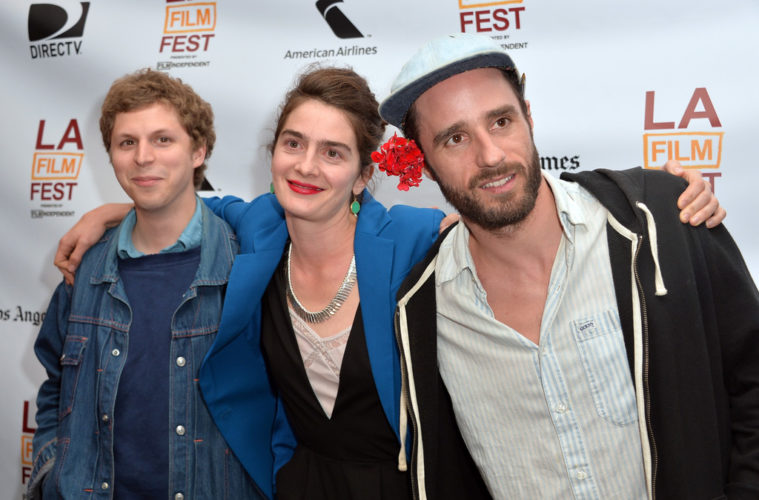 After speaking to Michael Cera, Gaby Hoffmann, and writer-director Sebastián Silva, it’s clear that their new film, Crystal Fairy, ultimately sprang from little more than a mutual sense of imagination. This, more than anything, was elemental to their interaction: from what the two actors told me about their helmer, his unusual methods and concepts of collaboration made way for more creative expression than either had been accommodated to.

We can probably thank improvisation and location. Working in the Chilean desert and on the Chilean beach, both actors were, clearly, far removed from the experiences of a Hollywood lot, being asked to find their own impulses and throw them onto the screen. Despite the comfort of what Cera called a “very scripted” outline — each beat laid out, à la an episode of Curb Your Enthusiasm — Hoffmann claims the experience stood apart because of little proper structure or schedule for the production. Despite prepared intentions and carried-out processes going hand-in-hand with actual filming, she told me that “it was like the whole process of filmmaking was improvisational, as well as the acting” — creating “a seeming chaos, which of course had some order.” Thrown in is a mess of “all [cast and crew] in conversation all the time about what’s happening,” an experience that was “primarily the difference between this movie and any other.”

When I asked if playing out this constant improvisation affected the tempo of any offscreen interactions, Cera noted that their dynamic progresses “the other way around,” to the point that “hanging out all day affects the scenes.” As to how, specifically, extensive downtime colors what we see in the finished product — Hoffmann noted the tiny cast and crew (in total, around 14 people occupied the set) relaxing in a van as essential — there’s the key example of a “would you rather” game occasionally shared between leads. It makes sense that, in Crystal Fairy, it would come across so naturally: Silva claims this had been played around with before filming — simply for fun and as a time-waster — but soon landed as one of the more memorable exchanges in all of Crystal Fairy. Hoffmann further concurred Cera’s point, deeming the on- and off-camera interaction “seamless.” Both joked about method acting, their feelings on such — in short, neither have much interest in that particular approach — making some contextual sense, as work and leisure bled together on the set, with very little balance required. Discussing Fairy’s emotional climax, the actress described a flow of improvisational approaches rather succinctly: “it’s just saying some words and really ‘saying’ them — and whatever happens, happens.” From there, emotional reactions follow as however the moment will demand — even if she doesn’t necessarily consider herself “prepared” for most of what’s coming.

Yet Cera and Hoffmann should’ve had some idea of what to expect from their director. A few years ago, both (separately) appeared in Silva’s HBO project, The Boring Life of Jacqueline, and the two agree that his open-ended, communicative format carried over to a more expansive, demanding piece of work. (In a day-to-day sense, the average time spent on that 2009 effort was little more than a few hours.) When working through a scene or character element, Silva prefers to capture as much as he can, unconcerned with certain rules — e.g. crossing a 180-degree line — so that “at any moment something’s going to be thrown at you,” to the point where landscapes or passerby can become part of the action from simply having been present.

Paired together, Cera and Silva showed a certain camaraderie which, by most counts, is what helped this project move forward in the first place. The duo had attempted to land funding for a different title, Magic Magic — that had also premiered at Sundance, and will be released on home video in August — and, as that struggled to get off the ground, Silva simply “wanted to work with Michael,” who had headed back to the U.S. Drawing from real-life experiences with a hippie — in turn, loosely basing Cera’s character on himself — as money was being scrambled together, the idea of Crystal Fairy “happened immediately.” Once all the cast and crew were compiled, filming was completed in twelve days; whittling down the footage into a workable piece required between four and six months of editing, however. By most accounts, Crystal Fairy has a notably different tone and pace than Magic Magic, all of which is a very conscious decision for Silva himself. Look no further than this response: “I never want to find myself repeating stuff, or quoting myself, or being trapped into a formula — a formulaic way of making movies.” For him, much of filmmaking — as both an experience and artistic expression — rides on the risk of failure, illustrated in the insistence that he’d be content to eventually make, for example, a car chase-oriented film; though Silva’s convinced it’d end up being terrible, that attempt would, nevertheless, be far outside the bounds of what he’s taken a crack at thus far. This all traces right back to the need to stay original and, in short, “It’s more about ‘the how’ than ‘the what.’”

Because their film premiered nearly six months ago at Sundance, all three have been inundated with responses for some time — one which they all sound pretty happy with, too. It sounded most personal for Hoffmann, who’s been taking one of her first prolific steps as an adult actor and, thus, finding new experiences along the way. Of all things, she sounded most pleased when relaying the interactions with those who wished to discuss an actual performance — especially when their thoughts on the character correlate to her own — creating, in her words, “a sort of satisfaction that I’ve never had before in my work.” For his own part, Cera had never considered an audience during production — in part because this small, friend-fueled effort would’ve been lucky to have any viewers in the first place. His greatest concern, truly, was for people to have fun with it in a manner akin to how they felt during production. While, as an actor, he’s simply surprised that anyone could have strong feelings against Crystal Fairy, Silva — i.e., he who is most directly responsible for the film’s creation — is of the mind that “they would suck [and] be evil people.”

After taking all their comments and observations into account, this movie having come together in the first place resonates as a bit of a miracle. Having seen Crystal Fairy for myself, the ability to get it — “it” being the uncompromised result of all that had been detailed to myself, firsthand — playing in theaters is, perhaps, an even greater feat.