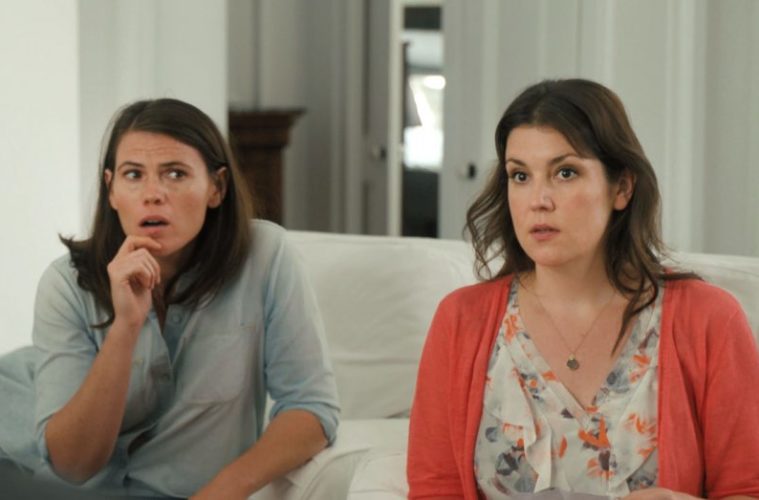 While she’s been in the front of the camera for the last two decades acting in films such as The Faculty, Girl, Interrupted, Zodiac, Argo, and more, Clea DuVall recently made her directorial and writing debut with The Intervention. Also starring in the film, she appears alongside Melanie Lynskey, Natasha Lyonne, Vincent Piazza, Jason Ritter, Ben Schwartz, Alia Shawkat, and Cobie Smulders as a marriage intervention goes awry.

We said in our review, “it’s a sharp script with distinct observations helping it rise above the plethora of other similarly-themed fare. Peter’s infuriating disregard of his wife, along with connotations to domestic abuse, help to spur our involvement in wanting this intervention to succeed, as impeccably awkward as it is. Lynskey steals the show as she deals with her own demons, yet presents a bubbly outward personality in attempting to take control while rarely triumphing in these regard. She also nails the separation between romantic ideals and inner truth in a conversation about “wanting to want” an outcome, rather than genuinely believing it.”

Ahead of a late August release by Paramount, check out the first trailer below.

When four couples meet for a weekend away together, an attempt to run a “marriage intervention” goes hilariously wrong as everyone is forced to confront the secrets and fears that seem to be holding them back from finding happiness with each other.

The Intervention opens on August 26th on VOD and in theaters.