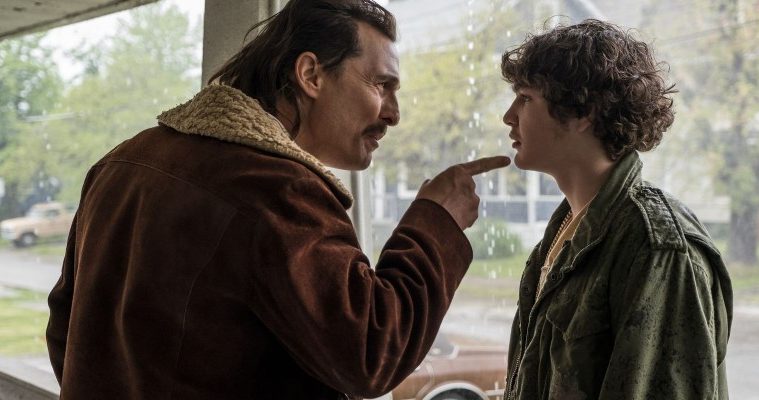 Based on a true story, the film takes place in 1980s Detroit and follows Rick Wershe Jr. (played by Richie Merritt in his debut role) and his criminal decent into the world of hustling; all while his father (Matthew McConaughey) tries to keep his family’s financials afloat. The film also stars Jennifer Jason Leigh, Eddie Marsan, Rory Cochrane, Brian Tyree Henry, and Bel Powley.

The trailer capitalizes off the vibrancy that is often associated with the ‘80s: Tat Radcliffe’s distinctive cinematography and the electronic funk music work together in perfect harmony, giving an adequate foundation to exhibit the well-rounded ensemble performances. White Boy Rick seems to be a promising look into Detroit’s legendary kingpin, and is definitely one to keep an eye out for when hits theaters this fall.

Set in 1980s Detroit at the height of the crack epidemic and the War on Drugs, White Boy Rick is based on the moving true story of a blue-collar father and his teenage son, Rick Wershe Jr., who became an undercover police informant and later a drug dealer, before he was abandoned by his handlers and sentenced to life in prison.

Courtesy of Sony Pictures, White Boy Rick will be in theaters on September 21st.