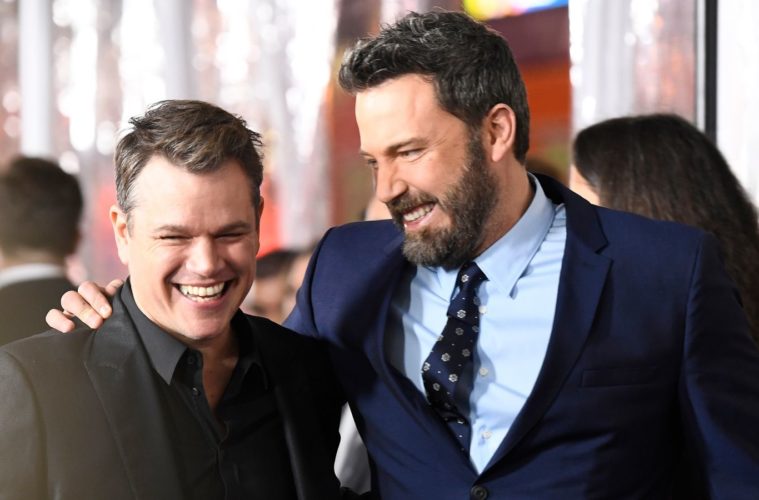 After taking a brief break from acting, aside from a few uncredited roles, Matt Damon is returning the big screen in force. In addition to his upcoming James Mangold directed Ford v Ferrari opposite Christian Bale, Damon has lined up two more projects.

The actor will be reteaming with collaborators Ben Affleck, with whom he won a Best Screenplay Oscar for 1997’s Good Will Hunting, and Ridley Scott (The Martian) for The Last Duel. In addition to co-starring alongside Affleck, both wrote the script in collaboration with Nicole Holofcener (The Land of Steady Habits). Returning Scott to the type of historical epic in which he has been known for and marking a nice companion with his directorial debut at least in title alone, The Last Duel is “set in 14th century France and follows a man who goes to war and returns to discover a friend of his has raped his wife. No one will believe the woman, and the soldier appeals to the king of France and says he wants to fight a duel to the death to decide the man’s fate, becoming the last legally sanctioned duel in France,” reports Variety.

In addition to The Last Duel, he’s also attached to Stillwater, which comes from Tom McCarthy and will star Damon as, per Deadline, an “Oklahoma native Bill Baker [an] old-rig roughneck who travels to Marseille where his estranged daughter is imprisoned for a murder she claims she did not commit.” This will be the first theatrical film for McCarthy following his Best Picture-winning Spotlight, though he also helmed the family film Timmy Failure, which is launching on Disney+. In addition to directing, McCarthy is co-writing the script with Thomas Bidegain (A Prophet, Rust and Bone) and Noé Debré (Dheepan).

Production on Stillwater is expected to begin next month, followed by The Last Duel, marking Scott’s first film since 2017’s All the Money in the World.