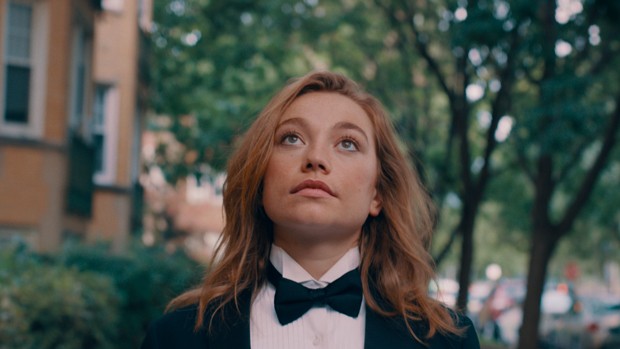 Although there’s no shortage of regional film festivals throughout the year, few — if any — are better curated than the Maryland Film Festival. With a slate organized by Director of Programming Eric Allen Hatch, the downtown Baltimore festival, which takes place from May 3-7, offers the finest in independent and international cinema of the past year, as well as some of our most-anticipated world premieres.

Now in its 19th year, we’re pleased to debut the full line-up for the 6-screen festival, and can exclusively reveal that Brett Haley‘s The Hero (one of our favorite films from Sundance) will be the Closing Night film. World premiering at the festival is Stephen Cone‘s Princess Cyd, his follow-up to one of last year’s finest films, Henry Gamble’s Birthday Party, along with Josh Crockett‘s Dr. Brinks & Dr. Brinks.

We can also exclusively reveal the Opening Night Shorts — 5 short films with each filmmaker in attendance, with the evening hosted by MdFF alums Kris Swanberg and Josephine Decker. The opening night shorts are: Balloonfest by Nathan Truesdell; Commodity City by Jessica Kingdon; Game by Jeannie Donohoe; Richard Twice by Matthew Salton; and They Charge For the Sun by Terence Nance.

Whether you live in or around Baltimore, or you want to make a weekend trip out of it, this year’s MdFF is shaping up to be an essential cinema-going experience. Check out the full feature line-up below — also including some of our favorites such as Golden Exits, Beach Rats, Hermia & Helena, The Human Surge, Mimosas, and Rat Film — and films in which a host will attend have an asterisk.

Maryland Film Festival 2017 runs from May 3-7. Find more information on the official site.