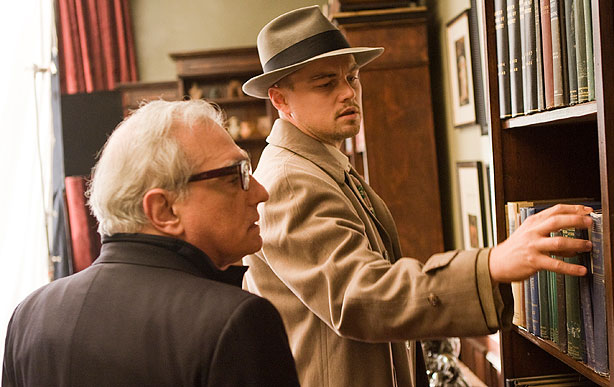 As Martin Scorsese celebrates his 70th birthday this fall, it’s a little disheartening to realize that the busy filmmaker will likely not have time for the pile of potential projects he’s stacked high. So when we hear one is moving forward, it certainly brings great excitement.The director is set to re-team once again with Leonardo DiCaprio in a mere matter of days on The Wolf of Wall Street and now we’ve got news on a potential follow-up.

First discussed over three years ago, Scorsese’s biopic on the famous singer and actor icon Frank Sinatra has been often rumored and today we have an update on some development. Deadline reports that Billy Ray, coming off The Hunger Games and writer behind State of Play, Breach and Shattered Glass, has been set by Universal to take a pass on the script. We got word this spring that they found a writer too take on this “unwieldy” project, so it looks like they found their man after an original draft by Phil Alden Robinson.

Scorsese has remarked that they can’t tell the entire life story of the man or that could head into miniseries territory, so right now they plan to find a working structure. With a nearly life-long admiration for the figure, I’d love to see Scorsese be able to tackle his story, but with his priest drama Silence as well as the Robert De Niro-led gangster film The Irishman, we’ll have to keep guessing as to what he’ll helm next.

In the meantime, look for The Wolf of Wall Street to land next year.

Would you want to see Scorsese take Sinatra on next?