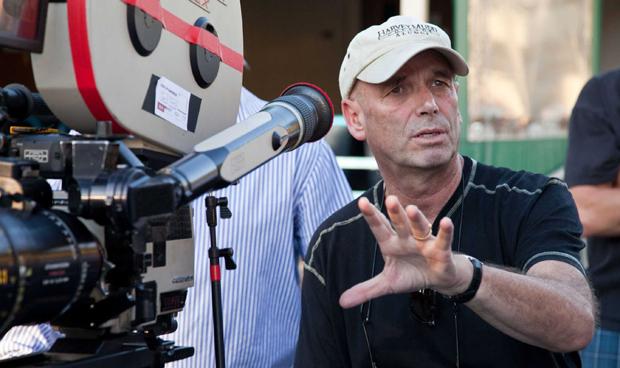 Emerging two years after Green Lantern — by which point, we’d think, a majority of the wreckage has been cleared away — Martin Campbell has zeroed in on a new, seemingly smaller-scale title: Alpha, described by TheWrap as a picture centered on “a Navy Seal sent to South America to train dogs for combat service.” More contained than Ryan Reynolds flying through space in a CG particle suit, at least.

Like most other titles in his filmography — Casino Royale and GoldenEye being the finest, natch — it takes an action-adventure turn when the dog’s handler is kidnapped, forcing our protagonist to make a trip into South America with the dogs in tow. (Canines will presumably eat the limbs of whatever criminal syndicate has done the kidnapping.) The screenplay has a decent-to-strong pedigree of talent behind it, the number of drafts having been worked on by Scott Frank (who has his name attached to the current incarnation), David Benioff (25th Hour, Game of Thrones), Graham Roland (Lost), and Carl Ellsworth (Disturbia, Red Eye). Fingers crossed their contributions will help Campbell get another decent project in theaters; it’s been too long for a generally talented action filmmaker.

Now, as for a consistently great film artist making their own debut, THR have informed us that Angus Wall, an editor for David Fincher since 2002’s Panic Room — thus one of the best in the business, as recent titles would tell you more than ever — has been tapped to direct a thriller, Empire, that Summit, New Regency, and producer Mark Gordon will be supporting. It’s noted that a script comes from Ben Ripley (Source Code), though that’s about all we can be told on the matter — save for some kind of connection to Safe House and The Usual Suspects, which ought to give this a crime edge. Considering his direct involvement in the making of Zodiac and The Girl with the Dragon Tattoo, then, I feel confident putting some basic trust in Wall‘s undisclosed approach.

Is Campbell a director you’d like to see back in the chair? Any thoughts on a Fincher compatriot trying their hand at directing?