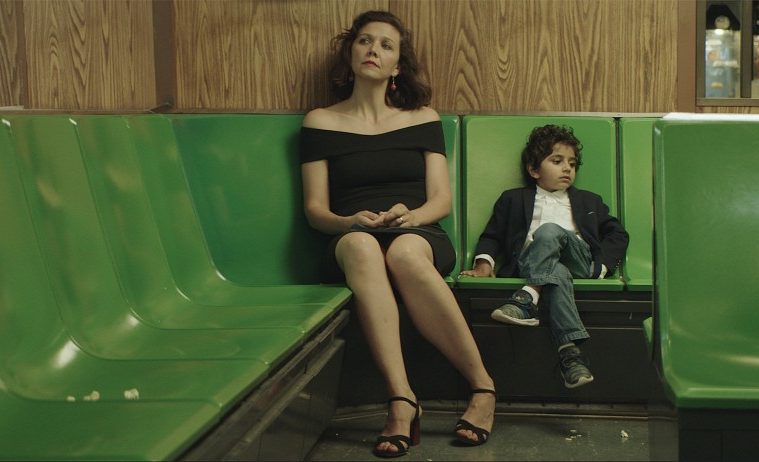 After a handful of female-directed Sundance films from this year have already found distribution and critical reception – including Madeline’s Madeline, The Tale, and Skate Kitchen – Sara Colangelo’s The Kindergarten Teacher now finally joins them; slated to premiere on October 12th on Netflix. Ahead of its debut and stop at the Toronto International Film Festival in September, the first trailer has now arrived.

With The Kindergarten Teacher, Sara Colangelo clocks in her second feature-length directorial outing following her debut 2014 drama-thriller Little Accidents, which also premiered at Sundance. Working within similar genre boundaries, The Kindergarten Teacher centers on Lisa Spinelli (played by Maggie Gyllenhaal) a kindergarten teacher who becomes unusually obsessed with one of her students (played by Parker Sevak) after she discovers what only seems to be an inherent talent for poetry. In the first trailer for the film, we get a preview of the psychologically complex story Colangelo strives to tell.

Our own Dan Mecca caught the film at Sundance and, while impressed with Colangelo’s focused direction, criticized the narrative’s longevity in his review: “Gyllenhaal and Sevak build a strong, confused relationship in their scenes together, speaking to the deft hand Colangelo has with establishing characters and exploring burgeoning motivations. However, as Lisa’s one-on-one time with Jimmy increases and her behavior becomes preposterously suspicious, it becomes harder to justify the narrative. Too much happens without enough reaction from those on the edges of the action.”

Based on the Israeli film of the same title, The Kindergarten Teacher will begin streaming on Netflix on October 12th.

Lisa Spinelli (Maggie Gyllenhaal) is a kindergarten teacher in Staten Island who yearns to live a life of art and intellectualism. She takes an evening poetry class but, despite her best efforts, her work is mediocre. When she overhears Jimmy (Parker Sevak), one of her five-year-old students, reciting an original poem in her classroom, she is floored. Convinced he is the equivalent of a young Mozart, she becomes obsessed with the child and embarks on a dangerous journey to nurture his talent. As Lisa continues down this increasingly desperate path, she seems ready to throw away everything to chase an impossible dream.