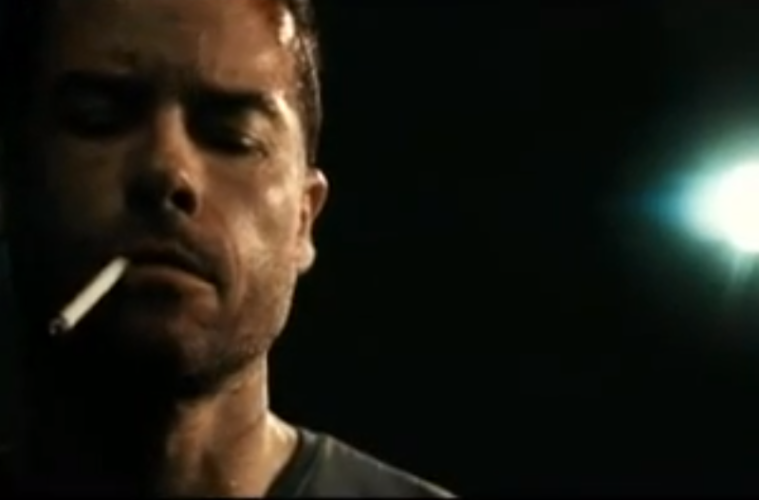 With a spring release date, an official trailer is likely right around the corner but today we have our first glimpse at footage for the Luc Besson-produced sci-fi action flick Lockout. In the film, directed by James Mather and Stephen St. Leger, Guy Pearce plays a convicted man who will be set free if he can rescue the president’s daughter from a dangerous prison…up in space. It sounds like a wacky concept that Besson would be behind and while some of the space fight effects here look cheesy, I’m down for Pearce stepping into a Liam Neeson-esque role. I just hope this one fares better that some of the other Besson-produced films like this summer’s Colombiana. The international trailer below shows off an interrogation between Pearce and Peter Stormare, followed by some action, in which we see a glimpse of co-star Maggie Grace. Check it out below.

A man wrongly convicted of conspiracy to commit espionage against the U.S. is offered his freedom if he can rescue the president’s daughter from an outer space prison taken over by violent inmates.