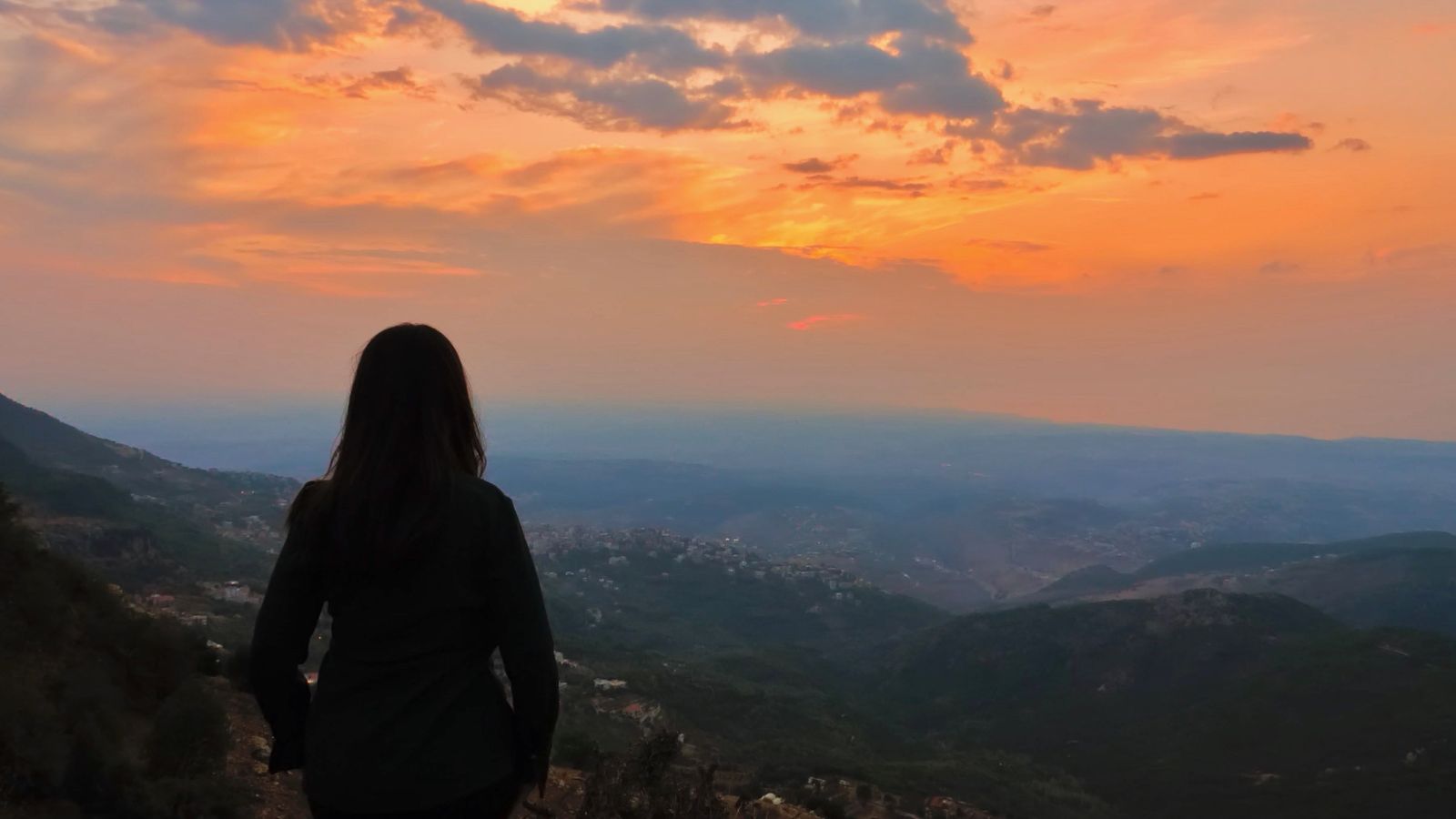 In Tales of the Purple House, French-Iraqi filmmaker Abbas Fahdel and his wife, Lebanese artist Nour Ballouk, offer a collaborative video diary of the last few years of their lockdown life and, through that figurative keyhole, their account of the unraveling world outside. Their film is about domestic things––weather, painting, lots of cats––but it’s also about shockwaves of COVID and the Syrian refugee crisis, and of the explosion that rocked Beirut in August 2020, leveling the city’s port and taking over 200 lives. (It is also about their government’s failure to adequately respond to these things.)

Purple House is a reminder that this period––rocky for us all––has been astonishingly turbulent for the Lebanese, even by their country’s historic standards. There is no shortage of stories there, and Fahdel doesn’t skimp: over a lengthy, indulgent 186 minutes, we observe not only the slow change of many seasons and the shift into adolescence of a young lad, but also the slow tempo of day-to-day life––down to and including the indignities of a traffic jam. Dividing that time into three roughly hour-long chapters (starting with an ostentatious, big-bang-adjacent introduction) and divvying them further with poetic recitations, Fahdel builds Purple House to a nourishing, if rather bland slice of life.

The best of these chapters might be the earliest––though, being the first, it is also the least prone to fatigue. It features a spattering of quotidian moments: cats on the hunt (a recurring, nicely twisted motif); the first appearance of the local boy, a neighbor from Syria who likes killing snakes, and who, along with Nour, becomes the viewer’s surrogate; some wind; lots of lovely landscapes and sunsets; and Nour’s diversions in painting. Sense of a story and life gradually emerges.

Other things fill the time. For one, Fahdel shows what he’s been watching, cutting every now and then to an image of his television as a classic plays, corresponding to the action: the ant-infested ear in Blue Velvet replaces some rotten fruit; D.W. Griffith’s The Wind for a bustling day; Tarkovsky’s Mirror, the moment just before the grass sweeps down, cuts to the unrest that followed the Beirut blast––a very different oncoming pressure front. Later, moments from Solaris and Stalker vaguely mirror the Russian onslaught in Ukraine. (Fahdel’s production company is named after the latter; he may be a fan.)

Mood pivots between good-natured insights and awkward solipsism. The highlight is a visit to an older man who cares for stray dogs. He poignantly explains that our afterlife will be determined by how we treat animals. On the other hand, there is a moment late on when Nour visits the refugee camp where Fahdel filmed his 2019 documentary Bitter Bread. She meets with three men who appeared in the film and, while playing them the footage, explains that the interpreter at the premiere in New York was brought to tears, suddenly aware of their privilege––if this anecdote might have lifted some weight from the men’s shoulders (though I doubt it), the moment rings false and surprisingly misjudged.

Aside from such missteps, Fahdel’s film is mostly pleasant, with bright and lively digital images and a nicely textured sound design, though interests will ultimately rely on one’s appreciation for cat videos. While Tales of the Purple House feels overextended, leaving an innocuous taste, it is never less than heartfelt.

Tales of the Purple House premiered at Locarno Film Festival.