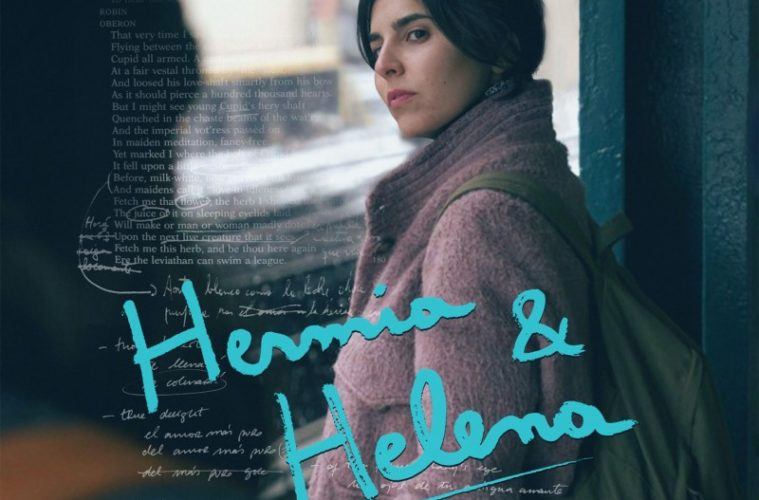 For beginning with a dedication to Setsuko Hara, recently departed muse of Ozu and Naruse, Hermia & Helena — the new film by Viola and The Princess of France director Matías Piñeiro — perhaps aligns us to be especially attuned to the Argentinian auteur’s use of female collaborators. One to already emphasize the charisma and big-screen friendly faces of frequent stars Agustina Munoz and Maria Villar, he still seems to have an ability to make them points of representation, not fetish.

Having, in real life, recently relocated to New York from his home Buenos Aires, Piñeiro can obviously be interpreted as having made some form of autobiography. His avatar in this case, Camilla (Munoz), is in New York on an artistic residency after her friend, Carmen (Villar), did the same, only to slightly disappointing results due to the loneliness and lack of personal change she saw in the city.

The film is named after the two characters from a Midsummer’s Night’s Dream, Camilla works at translating Shakespeare into Spanish, and this plays like an analogy for Piñeiro’s films in general: an attempt to reconfigure the Bard into modern times and his very modern, niche cinematic ideals. A division is faced — the past and the present, home and away — and we keep returning to overlaid images of driving through both Buenos Aires and the Williamsburg Bridge.

While Camilla may leave behind her friends and significant other, that doesn’t stop her from taking up multiple lovers in New York, be it Lukas (Brooklyn indie favorite Keith Poulson). (In another repeated image, she looks at the back of his head and places her hand on his hair, an instance of the female gaze that emphasizes less the body and more the quaint, approachable looks that define Poulson’s Patrick Fugit-like sex appeal.) Another of these is a stranger she meets through clues left in a copy of Lady Chatterley’s Lover, Greg (another Brooklyn stalwart, director Dustin Guy Defa), leading to two consecutive scenes that seem an already strange picture’s most outright baffling; a film he made consisting entirely of pre-existing footage from an obscure ’40s movie; and, next, what seems like his dream transitioning into hers: their encounter in a park suddenly in infrared vision, all while displaying Shakespeare’s text.

Hermia & Helena takes place over the course of all four seasons, and every cut back from New York to Buenos Aires is accompanied by a two- or three-months-earlier title card where the sunny Argentine weather contrasts with the cold hues of 2015’s first few months. The seasons may evoke Eric Rohmer, but another New Wave comparison comes once Camilla inexplicably starts receiving post-cards from Daniele, a former, AWOL member of the institute traveling across the mid-west. She places all of these across a map of the United States, making something familiar mysterious — akin to the map of Paris in Jacques Rivette’s Le Pont du Nord, a comparison furthered once Daniele (festival favorite Mati Diop) actually shows up in what seems exactly like Pascale Ogier’s get-up from that very film. Perhaps it’s to Piñeiro’s fault that he can’t treat a character with anything resembling harm: conflict may seem present in the promise of conspiracy or shadowy strangers, but it’s difficult to imagine him ever putting a character through the occasional violence endured by Rivette’s heroines. Yet we may expect something akin to that when Camilla is led to meet a stranger in rural New York, Horace (critic and filmmaker Dan Sallitt, whose lulling voice is used to maximum effect). But with a reveal that he may have a far greater connection to her than we ever expected, even potential sentiment manages to do be downplayed as photographs and off-screen voices concisely do all the emotional heavy-lifting.

If to continue comparisons to the French master: the reason why Rivette’s films last around three hours while Piñeiro’s are all under 90 minutes is that the former often follows his mystery or fantasy plots from beginning to end solely with the aid of various tangents, while the latter seems more interested in just the asides. But while putting all these pieces together doesn’t necessarily add to a cohesive narrative whole, they may be onto something entirely different and even more exciting.

Hermia & Helena premiered at the 2016 Locarno Film Festival and opens on May 26.