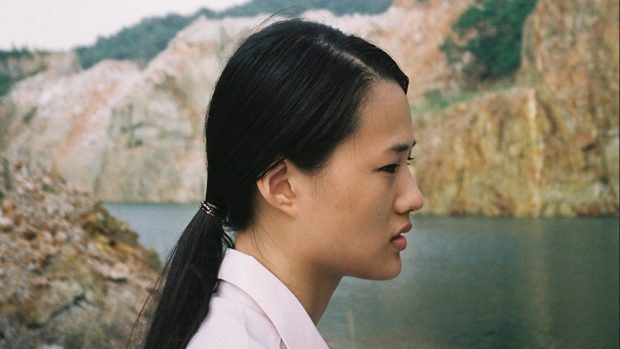 [Locarno Review] By the Time It Gets Dark

When attending a film festival and seeing a number of titles over the course of a few days, it can almost feel as if the viewer is forced to consider trends. With the work in question, By the Time It Gets Dark, one undeniably notices the rupture, that being the point where the film becomes something wholly different — in some cases excitingly reconfiguring the initial premise, in others a blessed darting away from something deadly tedious. Perhaps somewhere in between these two poles does it seem headed towards something new, even while only vaguely pointing towards what it wants to say.

Ann, a young filmmaker looking to make a project about the ’70s Thai Military Coup, turns to a famed activist for inspiration, wanting to make the film all about her — essentially a biopic. By intertwining brief flashbacks to her leading fellow students in discussion and protests, there’s the assumption that the rest of By the Time It Gets Dark will run between the past and present: a generational divide represented between the political upheaval and the need to understand it through a potentially problematic storytelling lens.

Dominated by the quaint forest setting, ever so ripe for diegetic sound and master shots, helmer Anocha Suwichakornpong seems to give in to world cinema’s Tradition of Quality, so to speak. If anything, this comes off as a bit of an imitation of Thai master Apichatpong Weerasethakul, yet without the presence of the supernatural that situates his films in something formally and culturally specific. This writer initially thought of another film they’d just reviewed at the festival, the completely inert The Idea of a Lake, which also sought to create a rumination on memory through the most uninspired and gentle of means.

Yet there’s a turning point: a power outage that shrouds the two in darkness within their home. Once they pull out candles to resume their conversation, we, of course, think we’re seeing the “natural” world contrasted against the modern-day. But with the slightest hint of something off, Ann proceeds to engage in a mushroom trip, speaking directly to the camera about telekinesis. It’s portrayed as solitary and ranting, and one almost thinks: could the woman she’s seeking to make a film about actually a ghost?

From here we break, making time for a pop and movie star — his music video being one this film’s highlights — preparing for a role, as well as a waitress on a river cruise line. Being abruptly taken into Bangkok, we see the capitalist pecking order for millennials very much present, the activism of a younger generation almost completely absent from both booming and dead-end careers.

Most of these ideas are more interesting on principal than execution. That is, until its final twenty-or-so minutes: a montage of monks, neon lights, and the backs of head almost pointing to a “This is Thailand” capper. Yet its very last moments present the image almost being attacked, a far cry from the tasteful film it initially seems. That doesn’t make all 100 minutes worthwhile, but something is better than nothing.

By the Time it Gets Dark premiered at the 2016 Locarno Film Festival.