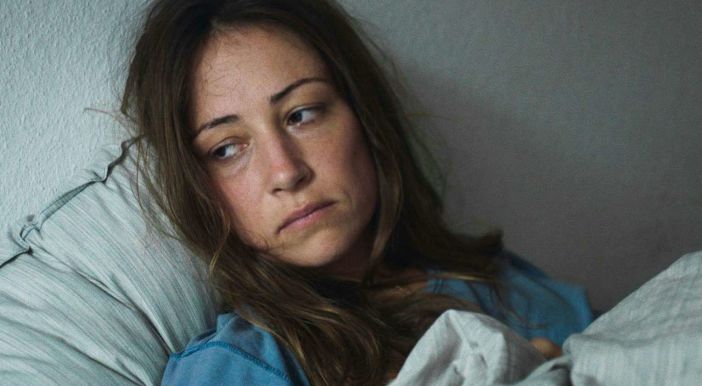 Locarno Review: ‘All Good’ Confronts a Nightmare with Uneasy Mundanity

What immense health German cinema has found itself in lately. Since the turn of the decade, audiences of a certain ilk have grown accustomed to seeing names like Ade, Petzold, Grisebach, Schanelec, and Köhler show up on art-house and festival screens. We may soon need to add Eva Trobisch to that list. Yes, if All Good (Alles ist gut)–her snare drum taut and timely feature debut–is anything to go by, the East Berlin-born writer-director should provide that rich vein of deutsche Regisseure will its latest transfusion.

For those not particularly adept with the German language, the phrase Alles ist gut is kind of like saying “s’all good.” You know, that thing one occasionally says when one would rather not face the not-goodness of things. Trobisch’s film stars Aenne Schwartz as Janne, a woman for whom a couple of things are definitely not good, namely the fact that she has recently been raped by a man she met at her high school reunion. The key to what makes this particular portrayal of such an assault so powerful and troubling is the entirely non-sensationalised way that Trobisch has it play out. Janne and her assailant (named Martin and played by Hans Löw) actually have a good time. They dance and get drunk and end up back in her place but then Martin forces himself on her when Janne suggests that they call it a night. She gives zero consent and forcefully pushes Martin away but he pins her down. Finally, too tired and tipsy to keep fighting, she just gives in.

We needn’t mention that the rape sequence is a difficult watch but what really sits uneasily in the stomach is its mundanity. Trobisch cut her teeth working on scripts for serialized cop shows on German TV and she seems to have kept that cold sort of eerie realism with her. It’s interesting that we haven’t actually met too many characters like Martin at the movies. Indeed, he’s only notable for how average he seems. He is neither a classic aggressor or a leering alleyway creep and the film suggests that he might be all the more dangerous for it. Simply put: a horny guy who has had too many and has chosen to forget the meaning of the word “no.” You can see the bigger picture Trobisch is getting at here.

Janne stays remarkably level-headed throughout the assault–if anything, more perplexed than frightened–and remains so after Martin walks out (we see her casually flicking through old cassettes as she brushes her teeth). Alles ist gut is a film about how even the strongest mentality can be gradually worn down as the trauma of such a memory festers. We see it first in the hungover regret she feels the following day but then in the embarrassment, guilt, resentment, and eventual despair that come after. Trobisch’s screenplay hits all of the nightmarish beats you would expect it to (Martin just so happens to be related to her new boss, so Janne is forced to be courteous around him and then later we discover, of course, that she’s pregnant), but they never feel too forced or unearned.

Indeed, in a lesser film these cues, while admittedly obvious, might have come across as narrative shortcuts–like cheap dramatic cash-ins. Instead, they bolster the horror of what is essentially a character study, or the decay of a character. We never leave Janne’s side at any moment in the film and so, naturally, are led to ponder the complexity of her troubles and indecision. These troubles are mainly manifested in the relationships Janne has with the men in her life: her boyfriend Piet (Andreas Döhler, who seems liable to blow a fuse regardless of whether he finds out or not; her new boss Robert (a creepy father figure type, played by Tilo Nest); and, of course, Martin himself, who she can’t seem to get away from. Trobisch wants to throw a light on the indifference of their varying privilege.

All of this simply would not have worked without the strength of Aenne Schwarz’ naturalistic central performance (think Charlotte Gainsbourg on the Spree). She is backed up by an airtight cast led by Löw, who we saw earlier this year in In My Room, but boasting equally strong contributions from Döhler and Nest. The Berlin School Wave washes on.

All Good premiered at the 2018 Locarno Film Festival and hits Netflix on June 5.