Locarno Review: A Thousand Fires is a Beguiling, Epic Portrait of a Family in Flux 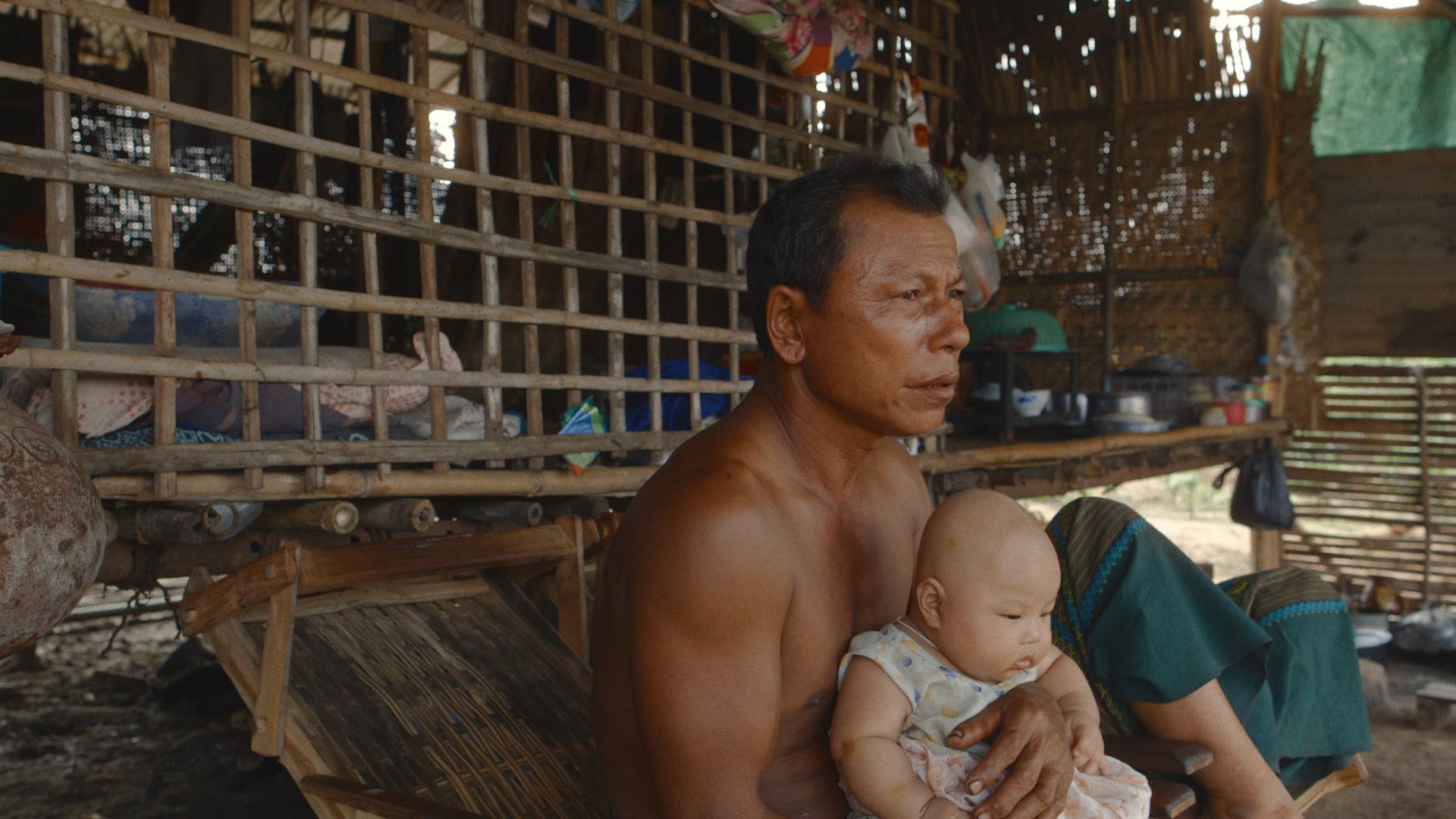 The first time we hear music in Saeed Taji Farouky’s mesmeric A Thousand Fires is also the first time we’re offered a glimpse of the viscous substance around which the whole documentary orbits. Set in the Magway region of Myanmar, it concerns a family struggling to make ends meet by drilling oil in an unregulated field—a Heart of Darkness-like landscape dotted with derricks, huts, and countless fires. We open with a man cranking a manual well, but it takes a few moments for Farouky to show the fruits of his work; when it happens, the oil splashes through the frame in a kaleidoscope of colors, an impossibly gorgeous vision of shapeshifting hues, accompanied by a synths-heavy melody, a murmur of the Earth. It’s a marriage of sounds and visuals that turns oil into a magic potion, an amniotic liquid, less a resource to be exploited than an ancestral lattice tying humans and land together.

And that’s the bond A Thousand Fires so perceptively outlines and complicates. In recent years, independent oil drilling has mushroomed all across Myanmar, and the country now hosts tens of thousands of artisanal pits manned by workers who rely on precarious, often dangerous methods dating back to the 1800s. Milking out a barrel every few days, the drillers then sell the crude oil to local refiners, usually to supplement their farming income. Such is the case for Thein Shwe and Htwe Tin, a husband and wife Farouky filmed over the course of a few years, conjuring a close-up study of a family in flux, teetering between tradition and modernity. Thein Shwe and Htwe Tin live and work with their children in a hut perched, like many others, on a stretch of land pockmarked with holes and cranes. Money is scarce, the hut crammed with people and things, the grime omnipresent, like another layer of skin; when Thein Shwe consults a fortune teller he’s told his business will only thrive “if he puts effort into it.”

Yet the film doesn’t wallow in misery. Sure, this remains a portrait of a family trying to pluck itself out of poverty, but A Thousand Fires never makes a spectacle out of their circumstances, nor does the camera ever feel voyeuristic. Even as Farouky often narrows the distance between audience and family to an unsettling extent, it is not an intrusion into their lives that the film yields, but a communion. Watching A Thousand Fires recalled RaMell Ross’s Hale County This Morning, This Evening, another immersive ethnography that, very much like Farouky’s, understands the difference between shooting at and shooting with, and the importance of decentralizing one’s point of view.

There’s no mystery here about the position Farouky—a Palestinian-British filmmaker—occupies vis-à-vis his subjects. But A Thousand Fires is a far, far cry from the kind of predatory filmmaking manifested in so many other foreigner-in-a-foreign-land documentaries. Farouky has credited his two Burmese assistant directors Joshua Min Htut and Than Win Han for helping him craft the story over the course of four-plus years, and I wonder how much their “local” presence helped foster the sense of complicity, intimacy, and empathy the film crackles with. To be watching Thein Shwe and Htwe Tin go about their daily lives is—to some basic and exhilarating extent—just to hang out with them. Herein lies the source of the film’s power: A Thousand Fires is less an act of extracting than one of witnessing.

But how much of a foreigner is Farouky, really? The director’s interest in the oil industry—its political, environmental, economic, and social ramifications—long predates this last Southeast Asian escapade. Several of his previous shorts and documentaries center on the victims of Western imperialism and the scramble for natural resources—most notable, perhaps, is 2015’s Tell Spring Not to Come This Year, a doc that spans a new narrative on the war in Afghanistan by following the Afghani soldiers left behind to fight once NATO troops abandoned the country. In interviews, Farouky has claimed he felt an instinctive connection with Thein Shwe—a transnational solidarity where the man’s plight wasn’t so much different from the Palestinian people’s—and that the story grew organically out of several years of quiet, meticulous observing.

The “story,” such as it is, is less a conventional three-act narrative than a series of vignettes, of journal entries. As father, mother, and children grow, so does the film’s scope. Thein Shwe and Htwe Tin’s son, Zin Ko Aung, is itching to leave the oil field behind and try his luck as a footballer; once the audition comes, Farouky plucks us out of the barren countryside to drop us into the nearest city, where the young lad lands a spot in a football academy. Coincidentally, the family’s ticket out of poverty is also what spells its disintegration: no sooner has Zin Ko Aung made it into the squad than the coach orders him to “cut all ties” with his parents. This is what accounts for the kind of universality the film arrives at in its last lacerating moments. As mother and father sit at home, the place suddenly quieter than ever, A Thousand Fires tips its hand: at its heart, this is a tale of a couple fighting to give their children a better chance at life, knowing all too well that doing so will result in their fleeing home.

That should be enough to make the documentary a poignant family portrait; what makes A Thousand Fires stand out is Farouky’s ability to yoke the drama to the substance around which their lives gravitate. Underpinning the film is a Herzogian interest in the way oil drilling works, warts and all; time and again we watch Thein Shwe operate his makeshift derrick, scavenging for crude sixteen meters underground. In Farouky’s hands, the act itself acquires a certain nobility, a sacred beauty that’s amplified by Fatima Dunn’s score and Maxence Ciekawy and James Bulley’s sound design. Watching Thein Shwe pound the ground with his pole, I wondered if what I was looking at wasn’t a man digging, but plugging cables to a beating heart chugging somewhere below the Earth’s surface. Forsaking any vague, abstract statements on “the industry,” A Thousand Fires stays small, focusing instead on the connection between oil and the human body—the tactile, painful efforts to dig up the remnants of millions of years of sedimented histories. It’s a beguiling, epic journey.

A Thousand Fires screened at the Locarno Film Festival.