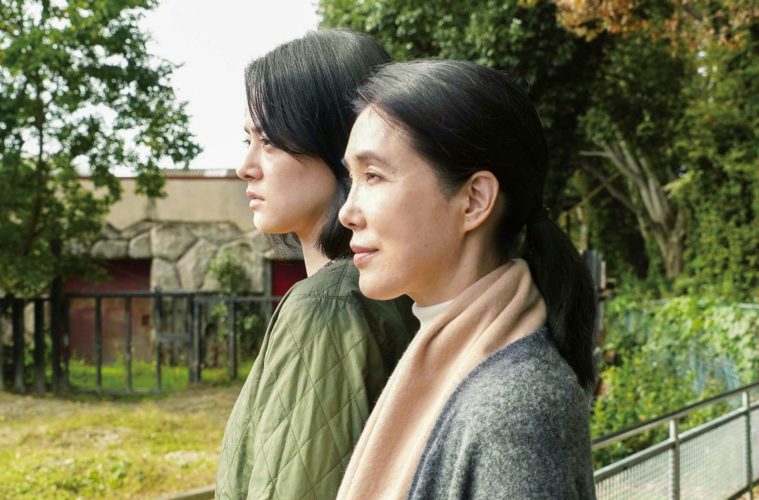 “Does someone who’s broken a family deserve a happy future?” teenage Motoko fires at middle-aged Ichiko halfway through Koji Fukada’s A Girl Missing. The woman falters, and the question is left unanswered, hanging like a Damocles sword all throughout Fukada’s follow up to Harmonium. Much like his Cannes Un Certain Regard Jury Prize winner, A Girl Missing unspools as a revenge drama homing in on people paying a price for their kindness, a tale of family disequilibrium with Mariko Tsutsui–already seen in Harmonium–serving as a magnetic lead. But even her performance can hardly salvage a film that gets swamped in its own intricated scaffolding, a knotted tale about a woman wrestling with unresolved scars, just as hopeless to find some closure as the story to morph into a satisfying whole.

By the time Motoko (Mikako Ichikawa) throws her jibe, Tsutsui is still Ichiko. In a film pivoting on a constant game of doubling, of interwoven identities feeding off each other’s traumas, this is no negligible clarification. The English title A Girl Missing hardly captures the lead’s drama quite like the Japanese original–Yokogao, literally: side profile–and Tsutsui’s onscreen persona pivots on two seemingly antithetical ones. As Ichiko, she used to serve as an empathetic, loyal in-house caretaker, as selflessly devoted to the ailing lady she looked after as to the patient’s family and granddaughters in particular, Motoko and her younger sister Saki (Miyu Ogawa). But when she first graces the screen, waiting for her turn in a hairdresser’s salon, Ichiko’s changed her name as much as her looks. An ellipsis has propelled us into the future; to the coiffeur she’s personally hand-picked for the cut–for reasons that become clearer a lot later–she introduces herself as Risa, and to his puzzled have-I-not-seen-you-before she replies with a coquettish smile: “I have a common sort of face.”

Carving an invisible gap between Ichiko and Risa is an unavenged tragedy. The gentle days the nurse used to spend in close proximity with the family–so close she effectively became part of it–came to an abrupt end after Saki was briefly kidnapped and Ichiko’s nephew found guilty of the abduction. Motoko instructed Ichiko not to reveal her connection to the case, but when the press uncovered the truth (with Motoko’s own malicious contribution) the nurse was exposed to public ignominy, her life shattered, and the tie with her host family broken. Loving and caring as Ichiko, Tsutsui resurfaces as vengeful and calculating Risa, seeking to punish those who’ve stripped her of a right to anonymity. In a sense, the girl gone missing in Fukada’s drama is not so much young Saki, as the woman Ichiko could have been and never was–who now springs out, ghost-like, in the intermittent hallucinations Tsutsui falls prey to as her path brings her closer to her aborted past.

If all of this seems relatively straightforward–a revenge tale anchored on a few flashbacks and flash-forwards, spiced up with the occasional ellipses and reveries–nothing could be farther from the dizzying, unnervingly hermetic feeling Fukada’s script evokes throughout. Parallel to the fragmentation of Ichiko/Risa’s identity is a simultaneous splintering of the plot into myriad different storylines and narrative planes–and while a point can be made that decision serves to amplify the woman’s alienation, A Girl Missing ends up succumbing to its own labyrinth, failing to emerge out of it as a cogent ride.

To be sure, Fukada does seem to articulate some sort of dialectic relationship between the various planes, and it is interesting to see past anecdotes tossed almost in passing resurface again the nurse’s present-day fantasies. But even those exist as small conglomerates on a canvas that never truly comes into a full, coherent shape. It’s a feeling that extends, just as worryingly, to the chemistry that should tie Ichiko/Risa to the people she seeks revenge on. The connection with Motoko strikes as particularly problematic. From the outset, the tension between nurse and girl would seem to offer intriguing and complex terrain: if Saki looks at the nurse as some sort of parental surrogate, the searching glances Motoko darts at Ichiko speak to a far more intricate and raw desire, whose sensual undertones are nonetheless frustratingly unexplored. Which becomes all the more problematic as the nurse’s own feelings toward the girl appear to gradually mesh with something quite different–a sense of envy, or quite possibly a certain longing?–that further obfuscates the nature of their liaison without nurturing a tangible connection between the two. With no real chemistry to hang on to, and characters reduced to evanescent figures in Ichiko/Risa’s revenge plot, there can be little hope to stir emotional investment from a plot that grows increasingly patchy.

None of this is to gloss over Tsutsui’s terrific work. Having to juggle between Ichiko and Risa, to concurrently evoke fear and strike as frightened, she is as convincing as the warm, affectionate caretaker as her cooly manipulative alter ego–thrusting an hypnotic strength into some of Fukada’s most daring, dreamlike segments. But a script this fragile can hardly rest on her shoulders alone; her staggering performance notwithstanding, A Girl Missing feels just as lost and hapless as its lead–more than on a quest for vengeance, a woman in search of a fully shaped self.

A Girl Missing premiered at Locarno Film Festival and opens on July 31.