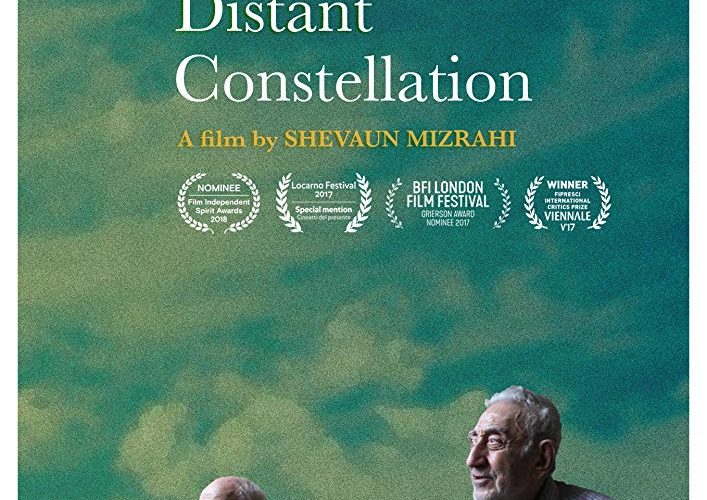 Locarno in L.A. Review: ‘Distant Constellation’ Captures Life for People Whom Life Has Left Behind

One could not ask for a better readymade metaphor than a massive construction site right next to a retirement home. Shevaun Mizrahi takes the image of new infrastructure juxtaposed with old bodies and grows the rest of her documentary Distant Constellation from it. The inhabitants of the Istanbul old folks home recount their pasts for the camera. It is not as if we are family members to them, nor visitors dutifully volunteering our time with elders. The effect is not of a confessional, nor of oral history. The subjects simply testify themselves.

An ancient Armenian woman still carries living memory of her people’s genocide. A former photographer muses on losing his eyesight and now being on the other side of the camera. A onetime Don Juan gleefully recounts his sexual conquests. Sometimes they appear to at least partially be reliving their memories; the Armenian woman can barely move, but tears roll down her cheeks as she talks about losing family members. Mizrahi keeps the camera on a strict leash, but the focus on the characters transports the viewer regardless, a testament to storytelling’s empathetic capabilities.

In between anecdotes (it does not feel quite right to call them interviews), the film explores the hallways of the retirement home, along with occasionally peeks at the development next door. The community appears abandoned, as though the select few subjects we meet are alone in it. Rarely does more than one person appear at a time in a scene – when two men engage in conversation near the end, there’s a shift from direct sharing of experience to observing others acting on the same level of experience, which makes for quite a change. The film’s unhurried nature conveys the feeling of having nowhere to go and no great urgency to get there.

Distant Constellation captures life for people whom life has left behind. There seems to be nothing left for them to do but to die. But the movie is much more matter of fact and not at all mournful about this state. This is the way things are, why fight it? It can be painful to be left with nothing but memories, but also beautiful and comforting. The footprint of the incipient structure looks like it could swallow up the retirement home, like an embodiment of the void. Old things go, new things replace them. No one understands the future better than the elderly. They’ve already lived through so much of it.

Distant Constellation played at Locarno in Los Angeles and opens on November 2.