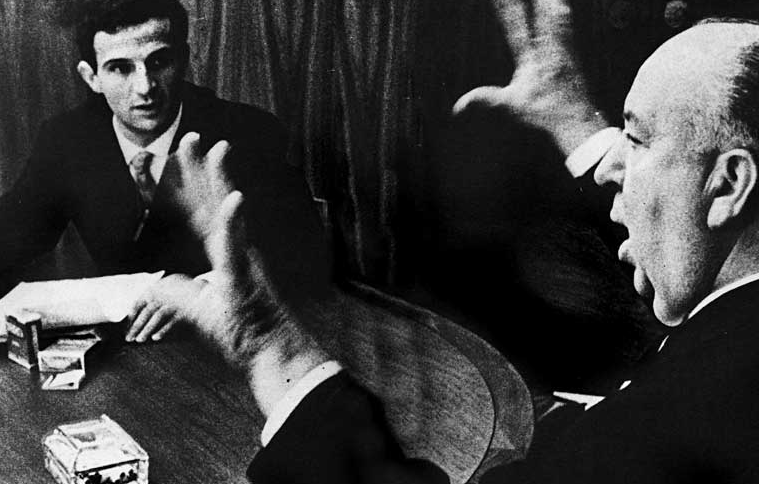 In the fall of 1962, François Truffaut embarked on the lofty task of attempting to chronicle Alfred Hitchcock‘s life and career. Instead of pulling from various books and articles, he went right to the source. The result is not only a published book of over 350 pages, but their entire conversation as well, amounting to around 12 hours of audio, a must-listen for anyone remotely interested in the craft of filmmaking.

While we have their full conversation available today, it won’t be the last we’ll hear of the event. It was reported earlier this year that Film Society’s Kent Jones was rounding up the likes of Martin Scorsese, Steven Spielberg, Olivier Assayas, David Fincher, the Dardenne brothers, James Gray, Richard Linklater, Arnaud Desplechin, Brian De Palma, and Wes Anderson for a documentary to discuss the impact on the discussion between the French New Wave helmer and The Master of Suspense.

To prepare for the documentary arriving next spring, one’s time is well-spent listening to their talk below, courtesy of The Internet Archive (via No Film School). Split up into 25 sections, Hitchcock discusses (with the help of translator Helen Scott) his upbringing, first memories of film, his early silent work, coming to America and working in Hollywood, as well as detailing almost all of his films up to The Birds, which would come out the next year. Start listening to a filmmaker in his prime below and take a gander at Truffaut’s resulting book.