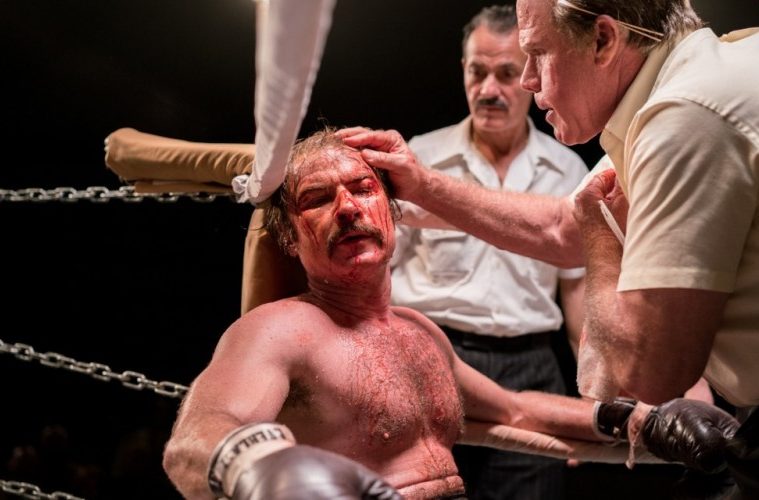 A subgenre which has had a resurgence in the past few years in the boxing drama. Following Creed, Southpaw, Hands of Stone, and Bleed for This, another will arrive this year with Chuck, once titled The Bleeder when it premiered at Venice International Film Festival and Toronto International Film Festival last fall. The latest drama from Philippe Falardeau (Monsieur Lazhar, The Good Lie) stars Liev Schreiber, Elisabeth Moss, and Naomi Watts and follows the life of New Jersey boxer Chuck Wepner who was the inspiration behind Sylvester Stallone’s Rocky character. Ahead of a release this May, IFC Films have now released the first trailer.

We said in our review, “The Bleeder looks a bit familiar. A film of browns and greens; disco music and ‘70s rock tunes; big haircuts and even bigger lapels. Indeed, in a way reminiscent of recent period efforts such as Black Mass and David O. Russell’s last two outings, The Bleeder is drenched in that particular decade’s elaborate trappings. It also owes a lot to the school of Scorsese, complete with wise-guy narration, east-coast working-class lilts, and a sense of “You gotta be shitting me! Is this really my life?” But it’s a sports film at heart and a rather good one at that, all plucky underdog right hooks and tragic, humiliating falls. In a way, it’s also a film about movies, too. Coming from decorated Québécois filmmaker Philippe Falardeau, it is the true life story of Chuck “The Bayonne Bleeder” Wepner, the man who fought Muhammed Ali after the champ’s victory in the Rumble in the Jungle, and later the main influence for a certain film by Sylvester Stallone.”

He was the pride of Bayonne, New Jersey, a man who went fifteen rounds in the ring with Muhammad Ali, and the real life inspiration for Rocky Balboa. But before all that, Chuck Wepner (Liev Schreiber) was a liquor salesman and father with a modest prizefighting career whose life changed overnight when, in 1975, he was chosen to take on The Greatest in a highly publicized title match. It’s the beginning of a wild ride through the exhilarating highs and humbling lows of sudden fame—but what happens when your fifteen minutes in the spotlight are up? Driven by a committed performance from Liev Schreiber, Chuck is a refreshingly human tale of resilience and redemption. Elisabeth Moss and Naomi Watts costar.

Chuck opens on May 5th.