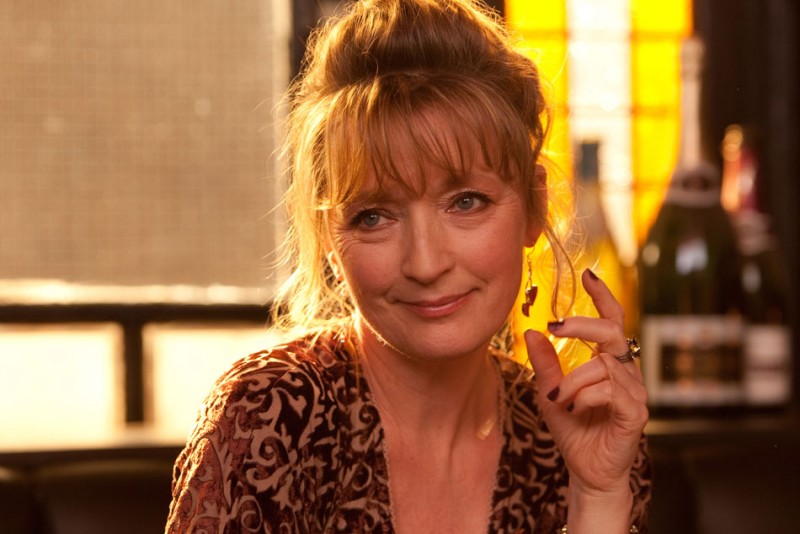 Update: Focus Features have confirmed some of the new cast additions, as well as Jonny Greenwood‘s involvement, and have provided a new logline. See their full press release following the original story.

At long last, Paul Thomas Anderson and Daniel Day-Lewis‘ There Will Be Blood reteam — which is set in the 1950s fashion industry in London — began production over the last few days, but aside from some photographic proof, Focus Features have been silent regarding the additional cast and crew. With a working title of Phantom Thread, a few readers have done some digging and we’ve got a few more members to add to the ensemble.

First up, taking a page from Mike Leigh’s handbook, Lesley Manville (Secrets & Lies, Another Year) and Richard Graham (Vera Drake, Titanic) have both joined the film, as noted on talent agency pages. An actress spotted in set photos has also been identified as Vicky Krieps (A Most Wanted Man, Hanna). For hailing from Luxembourg, she’d certainly fit the initial casting net of “young actresses of Eastern European descent” for the female lead, so hopefully those involved will confirm shortly.

There’s also the question of who will serve as a cinematographer. We’ve definitively heard that Robert Elswit will not be re-teaming with the director, but a few sources have informed us that PTA himself will be serving as DP. As we await confirmation from Focus Features, check out a 360-degree video of Jonny Greenwood rehearsing with London Contemporary Orchestra a live rendition of his There Will Be Blood score. If you’re lucky enough to be in the U.K. this spring and summer, see if tickets are still available here.

LOS ANGELES, February 1st, 2017 – Production has begun in the U.K. on writer/director Paul Thomas Anderson’s untitled new film. Three-time Oscar winner Daniel Day-Lewis is joined in the cast by Lesley Manville, who was a BAFTA Award nominee for Best Actress for Another Year, and Vicky Krieps, whose films include A Most Wanted Man and Focus Features’ Hanna.

Focus holds worldwide rights to the film, and will distribute the film in the U.S. later this year with Universal Pictures handling international distribution.

Continuing their creative collaboration following 2007’s There Will Be Blood, which earned Mr. Day-Lewis the Best Actor Academy Award, Mr. Anderson will once again explore a distinctive milieu of the 20th century. The new movie is a drama set in the couture world of 1950s London. The story illuminates the life behind the curtain of an uncompromising dressmaker commissioned by royalty and high society.