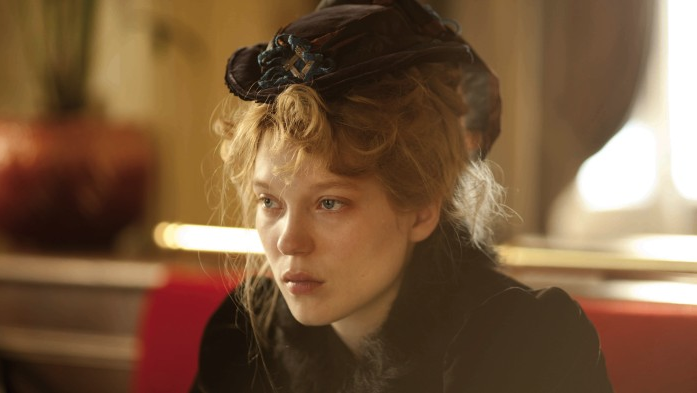 Crafting one of the most eclectic careers in recent memory, following James Bond, Léa Seydoux will be seen in the latest films from Yorgos Lanthimos and Xavier Dolan this year. One of her other features, Diary of a Chambermaid, which premiered last year at the Berlin Film Festival, will finally hit U.S. theaters this summer thanks to Cohen Media Group, and today we have a new trailer.

Directed by Benoit Jacquot, following in the footsteps of Renoir and Bunuel, the story follows Seydoux as a servant who doesn’t exactly fit into her surroundings. Check out the trailer below for the film also starring Vincent Lindon, Clotilde Mollet, Hervé Pierre, Mélodie Valemberg, Patrick D’Assumçao, Vincent Lacoste, Joséphine Derenne, and Dominique Reymond.

Léa Seydoux follows in the footsteps of Paulette Goddard and Jeanne Moreau as Célestine, a resentful young Parisian chambermaid who finds herself exiled to a position in the provinces where she immediately chafes against the noxious iron rules and pettiness of her high-handed bourgeois mistress (Clotilde Mollet), must rebuff the groping advances of Monsieur (Hervé Pierre), and reckon with her fascination with the earthy, brooding gardener Joseph (Vincent Lindon). Backtracking past the fetishism of Buñuel’s version to Octave Mirbeau’s original 1900 novel, Benoît Jacquot has one eye on contemporary France: the sense of social stiflement, Célestine’s humiliating submission to Madame’s onerous terms of employment, Joseph’s virulent anti-Semitism. But the turn-of-the-century setting saw the rise of Freud ideas about the human unconscious and so Jacquot takes care to look past the characters’ outward behavior and appearance to the repression and compulsions that lie behind.

Diary of a Chambermaid opens on June 10th.