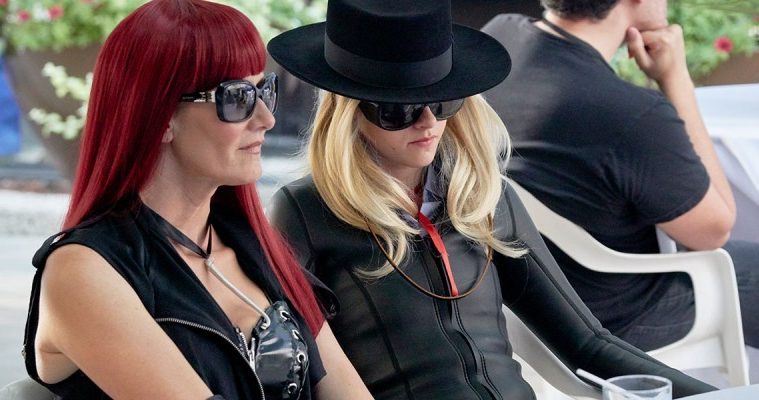 Kristen Stewart Cons Her Way Through the First Trailer for ‘J.T. LeRoy’

Premiering last fall at the Toronto International Film Festival, J.T. Leroy (then titled Jeremiah Terminator LeRoy) tells the true story as captured in Savannah Knoop’s 2008 memoir Girl Boy Girl: How I Became JT LeRoy. Starring Kristen Stewart as the author who conned her way through the literary world under the titular fake persona, the film is directed by Justin Kelly (I Am Michael). Also starring Laura Dern, Jim Sturgess, Courtney Love, and Diane Kruger, the film will now arrive later this month and now the first trailer has landed.

Christopher Schobert praised Stewart, saying in his review, “It’s a stunning performance, one matched by the wondrous Laura Dern as Laura Albert, the author who created LeRoy and wrote his works. Jeremiah is bouncy and pleasing, if overfamiliar and never as insightful as one would hope. That is not necessarily the fault of director Justin Kelly (I Am Michael, King Cobra), who co-wrote the film with Koop herself. It has far more to do with the existence of the 2016 documentary Author: The J.T. LeRoy Story. That delightfully juicy film tackled the tale first, telling the sordid tale with wit and visual ingenuity. When watching Jeremiah Terminator LeRoy, it’s nearly impossible to be surprised by the revelations therein–if, that is, one has seen Author.”

A young woman named Savannah Knoop (Kristen Stewart) spends six years pretending to be the celebrated author and cult status character JT LeRoy, the made-up literary persona of her sister-in-law (Laura Dern). During those six years, many unknowing celebrities become entangled in the ruse including Courtney Love and actress/filmmaker Eva (Diane Kruger) who championed JT Leroy and even made a movie based on a Leroy book, that went on to premiere at the Cannes Film Festival.