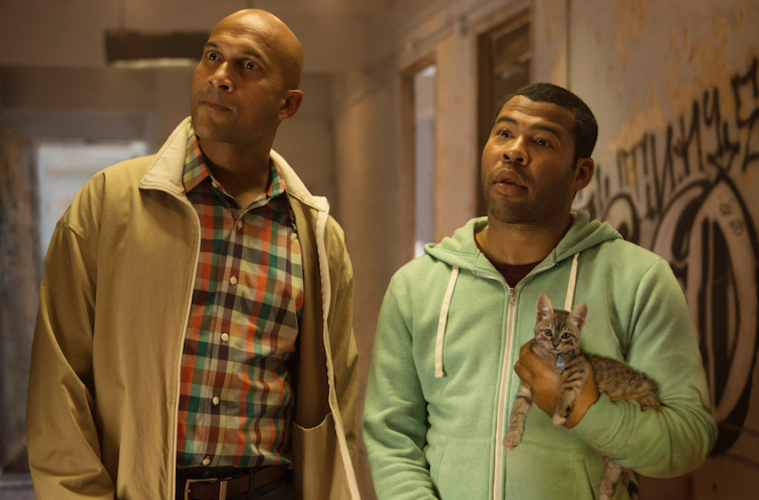 It should be news to no one that Keegan-Michael Key and Jordan Peele are a hugely successful comedy duo. After winning scores of fans with their irreverent but no less hysterical sketch comedy (that is if people weren’t already on board from their MadTV days), they have taken the jump to the next level in entertainment. They’ve made a feature-length film, and it is hilarious. Earlier this month, we got the chance to talk with them about working on Keanu.

As we touched on everything from classic ’80s films, to working with animals, one thing became abundantly clear. Key & Peele are as funny in person as they are on screen. Further, they are really willing to offer lessons in improv at the drop of a hat… or a sneeze. When personalities are as “on” as these two are, be careful what you wish for. Case in point – if you ever wanted them to act out a skit from their Comedy Central show, you may just get two solid minutes of comic gold.

Long story short, our time with Key & Peele (as well as the film itself) was crazy, to say the least. Enjoy the conversation below.

Keegan-Michael Key and Jordan Peele, a.k.a. the hugely popular comedy duo Key & Peele, star as Clarence and Rell, two cousins who live in the city but are far from streetwise. When Rell’s beloved kitten, Keanu, is catnapped, the hopelessly straight-laced pair must impersonate ruthless killers in order to infiltrate a street gang and retrieve the purloined feline. But the incredibly adorable kitten becomes so coveted that the fight over his custody creates a gang war, forcing our two unwitting heroes to take the law into their own hands.