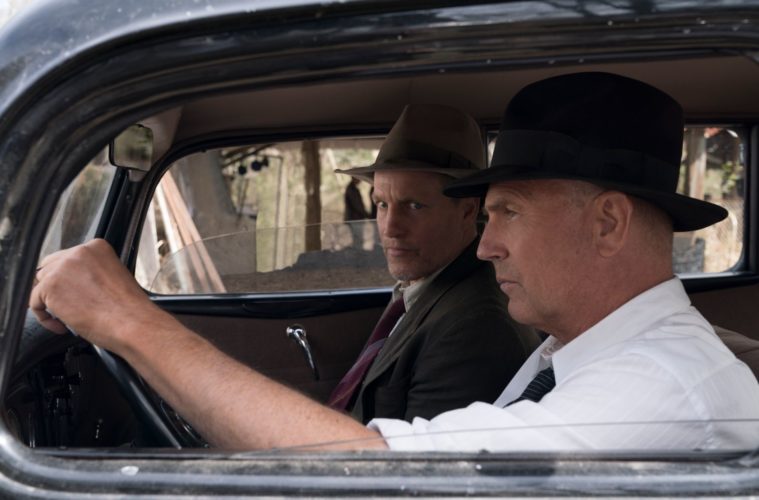 Kevin Costner and Woody Harrelson are ‘The Highwaymen’ in First Trailer

Over 50 years after Bonnie and Clyde heralded a new kind of crime film in Hollywood, their story has been revisited numerous times. The latest iteration comes from a different perspective: that of the detectives who were hunting the criminal duo on the run. Led by Kevin Costner and Woody Harrelson, The Highwaymen premieres at SXSW and now the first trailer has arrived.

Directed by John Lee Hancock (The Blind Side, The Founder), the first preview shows off the film’s playful tone in this hunt for justice. Following its SXSW premiere, Netflix also revealed the film will land in theaters for two weeks starting March 15 before it hits their service on March 29.

Also starring Kathy Bates and Kim Dickens, watch the trailer below and listen to our discussion of Kevin Costner’s forgotten films on a recent episode of The B-Side.

The outlaws made headlines. The lawmen made history. From director John Lee Hancock (The Blind Side), THE HIGHWAYMEN follows the untold true story of the legendary detectives who brought down Bonnie and Clyde. When the full force of the FBI and the latest forensic technology aren’t enough to capture the nation’s most notorious criminals, two former Texas Rangers (Kevin Costner and Woody Harrelson) must rely on their gut instincts and old school skills to get the job done.

The Highwaymen premieres at SXSW, hits theaters on March 15, and arrives on Netflix on March 29.