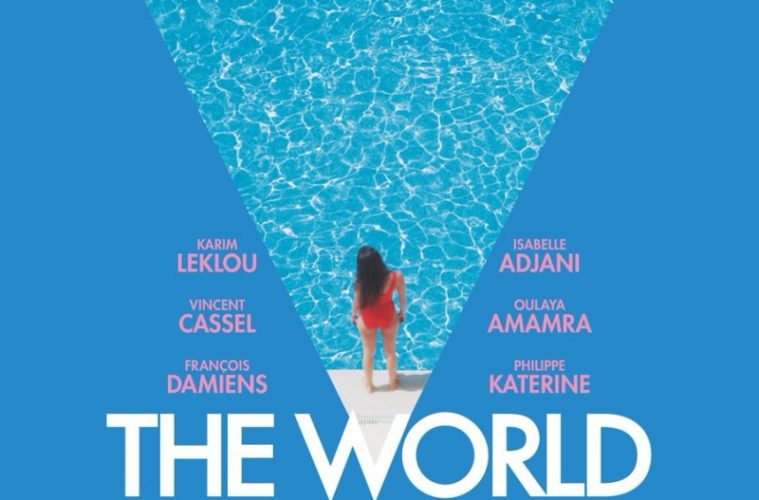 Near the close of Howard Hawks’ 1932 film Scarface, Paul Muni’s worn out hoodlum looked up to see a billboard for Cook’s Tours with a slogan that, with more than a dash of existential mockery, read: The World is Yours. Half a century later, in Brian De Palma’s great remake of the Hawks classic, Al Pacino stood similarly beleaguered outside his modernist mansion and saw those very same words scrawl across a passing blimp (Nas would solidify the phrase’s street cred in 1994 when he used it as the basis for the most anthemic track on his debut album). The somewhat comparably unlawful anti-hero of this new film (which takes those four words as its title) is not a whole lot like Muni or Pacino’s immigrant gangsters. Indeed, it’s not the world he’s after at all. He simply wishes to make enough dough from drug dealing so as to land a contract to sell Mr. Freeze cool pops in Northern Africa. Good for him.

If your nostrils just twitched a little at that whiff of ironic postmodernism than it may come as no surprise to hear that The World is Yours is the work of Romain Gavras (son of Costa), a director so tuned into youth culture’s slippery zeitgeists it would still come as no surprise to this writer if he were to discover that Gavras had been cooked up in a lab by Vice media at some time in the mid ‘00s.

None of which, of course, should detract from audiences’ enjoyment of The World is Yours nor indeed any of Gavras’ singular work: his era-defining videos for MIA, Jamie XX, Justice, and DJ Mehdi or Our Day Will Come (2010), his bizarre feature debut. His latest begins in pleasingly Gavras fashion, with the camera whipping around a rather Ballardian apartment block as young men in tracksuits pop wheelies on scramblers in the courtyard.

Crossing this milieu like a prophet (or even Un Prophet) is Françios (Karim Leklou), a mid-level street dealer and presumably 2nd or 3rd generation immigrant (as are, significantly, most of the characters) with aforementioned aspirations in the frozen goods business. He lives with his matriarchal mother who is a lock-pick and a thief (played by scenery-eating Isabelle Adjani). She also–red flag alert–takes care of his finances. He longs for his ex (another thief played by Divines’ breakout Oulaya Amamra); and hangs out with an ex-con named Henry (Vincent Cassel, edging elegantly into some kind of elder statesman Jean Reno mode), who has just gotten out of jail and has recently discovered Illuminati conspiracy videos on YouTube.

The plot is far from complicated: man gets Mr. Freeze contract; man discovers savings are gone; man rolls the dice on one last score; gamble takes man to sunny Spain where he encounters migrants, geezers, a Rangers supporting mob boss and said boss’ delightful daughter (played by young Gabby Rose, the film’s true MVP); man also takes two ultra-violent Muslim boys, both named Mohammed, along for the ride. If you sense that all points to some rather non-PC fireworks you would be correct.

I have often been a touch skeptical that Gavras’ work, however unique and strangely beautiful, is, in essence, some finely crafted brand of poverty porn. Sure the director is the son of a Greek immigrant but hadn’t his father already won an Oscar and was about to win the Palme d’Or when Romain came into the world? Who are we to judge and, whatever the case, I am certain of the man’s adoration for the lifestyles he depicts, not to mention his auteur credentials. Many have tried to mimic this look (mostly arbitrarily but some, admittedly, with relative success (The Blaze)) but not one pretender has shown anything close to Gavras’ poetic, fetishistic eye for the absurd homoeroticism of male working-class tribes.

Just cast an eye at the boozed up emotional Brits (including a cameo from one Miles Kane) singing Robbie Williams’ Angels in the neon haze of a resort’s Karaoke bar (a lesser director would surely have chosen Wonderwall or The Proclaimers). It would come as no shock to see them, or anyone else in the film for that matter, drop guard all of a sudden and start making out. It’s almost a disappointment that they never do. And Gavras places just as much care and consideration into the uniforms of these varied species. Indeed, the less said about the vast array of fresh football jerseys and tracksuits worn–as if each man were brandishing their colors and physique like some form of bird of paradise–the more we can get on eBay and start ordering them.

As Herzog once said: “I love it very much. But I love it against my better judgment.”

The World is Yours screened at Karlovy Vary International Film Festival 2018.