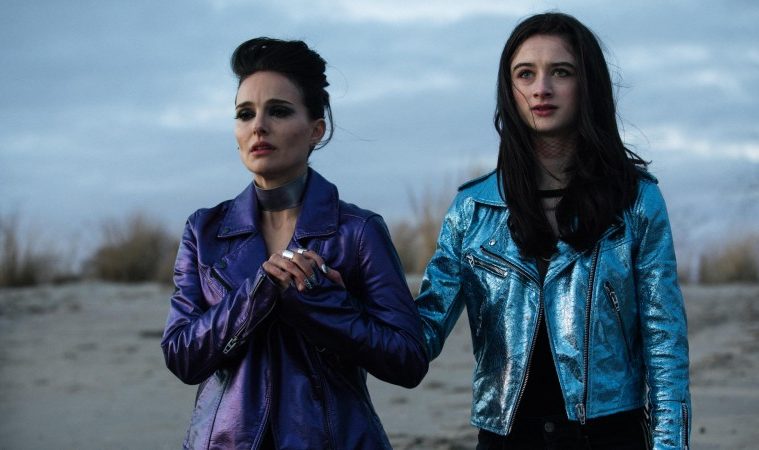 Art created in direct response to sociopolitical issues tends to feel didactic and overwrought, which is how we often end up with overly sentimental films that only have the purpose of delivering a lesson. Art created as a result of, and in resistance to, fascism, authoritarianism, racism, and economic injustice, on the other side, feels timeless. So in the chaos that 2018 has brought in terms of violence against minorities, revelations of sexual harassment and deep corruption in the entertainment industry, inhuman policies imposed on refugees and those escaping violence, and corrupt right-wing governments taking hold of several world powers, my favorite films were those that reminded me why it’s essential to keep fighting. Why we simply can not give up.

Works by masters like Alfonso Cuarón and Paul Schrader were perfect examples of how with great power, comes, well, great responsibility. Responsibility to show us the world for what it is, but also of what it can be. To pay tribute to the works of their predecessors while illuminating what the future of the art form can be. Meanwhile, first-time filmmakers like Boots Riley and Carlos López Estrada took personal tales to reassure us that we’re all in fact connected, that what happens to a young African American man in Oakland, can and should have an effect on what happens to a middle-aged woman halfway across the world. Whenever the news bombarded me with negativity and the desire to retreat, cinema gave me shelter, solace, and the energy to refuel and head back to battle the next day.

Lars von Trier isn’t known for his subtlety and this film is one of his most extreme, disturbing works to date. Matt Dillon stars as the title character, an existentialist serial killer who is also a proxy to the director himself, who has a conversation with the poet Virgil (played by Bruno Ganz!) as he guides him to the Avernus. A genre film that’s also an essay on creation, the film serves as the only conclusion, and unofficial ending, we’ll get to the director’s “Land of Opportunities Trilogy” (Dogville and Manderlay) since it’s set in Washington state (the finale he never shot was supposed to be called Washington) and explores gun culture, toxic masculinity, and violence against women in America. What’s most surprising about the film is not how violent it is–the violence, after all, serves ironically as an introspective look at the director’s obsessions and regrets–but in fact how moving it is. The finale a grand setpiece on how impossible it is to escape the pit of depression.

Sitting through Blindspotting felt like holding a time bomb you knew would go off, but didn’t know exactly when. First-time director Carlos López Estrada co-wrote the screenplay with leading man Daveed Diggs based on their perceptions of how the Oakland they grew up in had become something unrecognizable. The gentrification in their film doesn’t only come in the shape of Starbucks and tech startups but in the indifference of white policemen with no regards for the lives of black men, or the ease with which anyone can acquire a firearm and wreak havoc on the lives of those just trying to make it day by day. Even though the time bomb never goes off, we all go home with that timer, an extreme, but necessary, exercise in developing empathy for those we pretend not to see.

Where does Barry Jenkins fit so much love? At a time when artists are delivering ominous, end-of-the-world works, he continues making films that celebrate love in all its forms. In Moonlight he celebrated love of one’s self as seen through a queer African American man we follow from childhood to adulthood. In Beale Street, his adaptation of James Baldwin’s seminal novel, he showcases the rapturous love between Fonny (Stephan James) and Tish (KiKi Layne), but also the love parents have for their children, the love between lifelong friends, the love the oppressed develop for the oppressed. It’s a film with love bursting at the seams, but it by no means deludes itself when it comes to the presence of evil in the world. It depicts injustice, inequality and a system that benefits from imprisoning black men for crimes they didn’t commit. A film that reminds us that love becomes the default when its upside is just too unbearable to consider.

7. Sorry to Bother You (Boots Riley)

Not since Terry Gilliam’s Brazil has a film captured the absurdity of ascending the corporate ladder and bureaucracy in the way first-time director Boots Riley did in Sorry to Bother You. Lakeith Stanfield stars as Cassius Green, a young African American man trying to elevate his social status by using his “white voice” in a telemarketing company, before soon, his ability to pass on the phone has made him the favorite of his supervisors and the ideal subject for an experiment meant to change the concept of efficiency. Ruthless, incisive and hilarious, Riley’s mastery of surrealism, fantasy, and social drama is the kind of work that feels ahead of its time. His indictment of capitalism as convenient to ignore as a telemarketer’s call, but as powerful as the realization that change is what happens when staying the same is just too painful.

In more than one way, Paul Schrader’s First Reformed is a spiritual sibling to Taxi Driver, which he also wrote, as they both examine what happens to men who lose their faith and try to make a change in the world through extremism. The difference is that unlike the disillusioned marine of Driver, the character at the center of First Reformed is Protestant pastor Ernst Toller (a revelatory Ethan Hawke) a man whose life’s work depends on his faith. Troubled by the relationship between churches and corrupt industries, Toller embarks on the road to modern martyrdom, as carnal love and addiction become his aids. Rather than trying to provide answers, Schrader’s film achieved the right balance between constant questioning and having an eternal sense of wonder. The rare artwork that can satisfy believers and non-believers alike.

It appears that while Brady Corbet was acting in films by Olivier Assayas, Michael Haneke, Mia Hansen-Løve, Ruben Östlund, Bertrand Bonello, and Lars von Trier, he was also learning how to direct from some of the world’s greatest. Corbet’s Vox Lux, a sophomore film that feels like the work of a filmmaker with twice his experience, is a sophisticated piece of storytelling in which Corbet depicts the last two decades of American history through the eyes of a pop singer named Celeste (played at different ages by Raffey Cassidy, and a larger than life Natalie Portman) who goes from being the only survivor of a catastrophic event to becoming an idiosyncratic artist with no fucks to give. As astonishing as the performances are (Jude Law is impeccable as Celeste’s manager) what haunts about Vox Lux is how Corbet gives modern history a feminist treatment by linking specific moments in Celeste’s life to real events, reminding us that it’s our duty to write a collective history rather than letting the “winners” control our narratives.

On the surface, Paweł Pawlikowski’s Cold War seems to be merely about the destructive love affair between brooding musician Wiktor (the dashing Tomasz Kot) and tempestuous singer Zula (Joanna Kulig) as they spend the better part of a decade breaking up and getting back together. And one says merely, but that rapturous, sexy film in itself but be worth the price of admission. What’s remarkable about Pawlikowski is how the film reveals to be so much more once you dig deeper, by becoming a heartbreaking tale of how political exiles, refugees and those seeking asylum, are always tied to their homelands through an inexplicable connection, even against their own interests and self-preservation. Zula could perfectly represent the torn down Poland which Wiktor tries to escape but can’t help coming back to, because how can you abandon what gave you life in the first place?

3. A Star is Born (Bradley Cooper)

Few scenes in the films of 2018 were as erotically charged as the one where Jackson Maine (Bradley Cooper giving the performance of his career) slowly runs his fingers down Ally’s (Lady Gaga giving us Cher-in-Moonstruck brilliance) nose as he helps her get out of drag after a show. In the same way in which Rita Hayworth reminded us that the simple removal of an opera glove could stir the loins more than the most graphic depictions of sex, debut director Cooper spends the better time of the film relying on classic Hollywood symbolism and imagery to tell us a tale we thought we already knew. At one point a character explains Jackson’s philosophy: “Music is essentially 12 notes between any octave–12 notes and the octave repeats. It’s the same story told over and over, forever. All any artist can offer this world is how they see those 12 notes. That’s it.” The way in which Cooper made us believe we were listening to those notes for the very first time felt like a miracle.

The best kind of mystery films are those in which the investigation becomes so compelling that we might even forget what it is exactly we’re trying to find out. In his adaptation of Haruki Murakami’s “Barn Burning,” director Lee Chang-dong achieves just that. As the worried Lee Song-ju (Yoo Ah-in) searches everywhere for his childhood friend, and current crush, Shin Hae-mi (Jeon Jong-seo) who has gone missing without a trace, we gain access into South Korean circles that film has rarely covered. From small impoverished farms in Paju, to exclusive cafés and restaurants in Seoul, the film forgoes all conventions of the mystery genre to instead make us witness social inequality and the way in which lives become commodities. Steven Yeun shines as Ben, a Westernized, Gatsby-like figure who becomes Song-ju’s object of admiration, contempt and devotion. Addictive as a page-turner and one of the most subtly political films of the year, Burning’s effects linger long after the credits have rolled.

In many ways, Roma is an amalgamation of Alfonso Cuarón’s entire oeuvre. It has the socioeconomic insight of Y tu mamá también, the sense of time travel found in Harry Potter and the Prisoner of Azkaban, the life-giving ocean of Gravity, the betrayal of a loved one from Great Expectations, and the hope in future generations of Children of Men. At the same time, Roma feels like nothing else he’s done before; an autobiographical memory film told through the eyes of Cleo a domestic worker (played by Yalitza Aparicio) very similar to the woman who helped raise him. Through Cleo we see aspects of Mexican history that have remained guarded by those in power, and the way in matriarchies are the base of Latin America, we also see the effects of unwanted American military intervention abroad, and we see the most private moments in a family’s life. Within its breathtaking images, there are equal amounts of brutality and beauty. It’s Cuarón’s Amarcord but also his Volver, a tribute to Mexico, but also a poem for someone he loves. A monumental whisper.