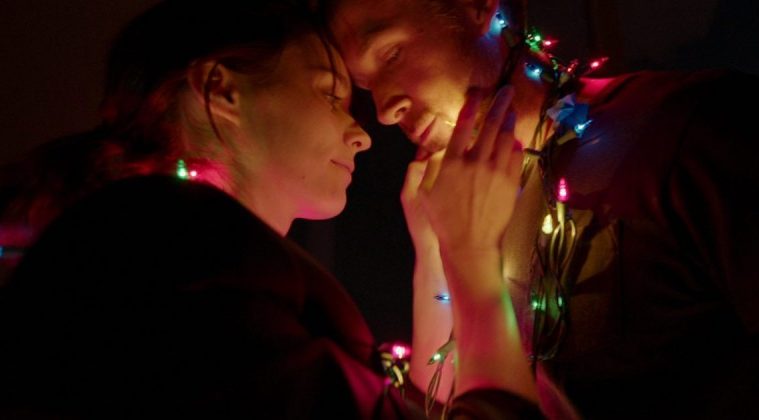 A year of uncertainty–to put it lightly–at every waking moment, 2017 won’t be remembered fondly. Offering brief moments of solace, the best cinema of the year included both escapism and a glimpse of humanity that was undetectable when looking at headlines. It was also the rare year that didn’t ramp up in quality in latter months; in fact, only one film in my top 10 actually premiered in the fall, with a trio of others getting theatrical releases during that time.

It hurt to leave off Lady Bird, The Untamed, The Other Side of Hope, Ex Libris – The New York Public Library, and the year’s best blockbuster, Okja, but when all is said and done, here are the 15 films that most resonated with me this year. Along with the below feature, one can see a vague ranking of all ~150 films I’ve viewed here, as well as my 70 favorite non-2017 films I watched for the first time here.

Set inside California’s Folsom Prison, three men from the outside join an extensive, profoundly candid therapy session spread over four days. There are no talking heads or even a great deal of context. The heart-wrenching brilliance of The Work is how we’re placed intimately into these circles, almost to the point that feels like we shouldn’t be privy to such emotionally revelatory glimpses of these souls, including the demons that consume some. Through an unflinching eye, we witness life-altering spiritual and psychological transformations, the likes of which prove that any screenwriter or actor can match up to the best of non-fiction.

After last year’s extraordinary drama Sunset Song, Terence Davies returned this year with the equally astounding A Quiet Passion. With a script that would make Emily Dickinson proud, Cynthia Nixon embodies the famous writer with a combative spirit as the specter of death hangs over Florian Hoffmeister’s cinematography as much as it does Dickinson’s poems. Year after year of conventional biopics, this is a shining, spiritually-rich example of how to capture the soul of an iconic, complicated figure.

Stephen Cone’s protagonists are often defined by an inquisitiveness, whether it pertains to faith, sexuality or maturation in general. In Princess Cyd, Jessica Pinnick captivatingly embodies these concern as her Cyd is the ying to the yang of her aunt Miranda, played by Rebecca Spence in an equally great performance. As the two delicately spar during a warm Chicago summer, Cone has carefully crafted another world bursting with humanity that any viewer would want to live in.

Brimming with a vibrant ingenuity in every frame, Good Time feels like the kind of thrilling filmmaking that Hollywood will attempt to co-opt for wider appeal if they don’t just recruit the Safdies themselves, which it looks like they’re going to do. As a smarmy, go-for-broke low-level criminal, Robert Pattinson is utterly magnetic and as fascinating a leading man as one will find on screen this year. More than just feeling along for the ride in this nocturnal adventure through a Queens we don’t often see on screen, the experience is akin being directly in the passenger’s seat next to Connie and crew. It’s a train wreck one simply can’t look away from.

6. Call Me By Your Name (Luca Guadagnino)

A feat of accentuated sound design, as hands run down staircases and across bodies, and arresting cinematography, luxuriating in the beauty of Italy and those that occupy it, Call Me By Your Name has the effect of being transported to this specific time and place of 1980s northern Italy. Luca Guadagnino’s disarmingly nice and intoxicatingly sexy queer romance is a film of overwhelming empathy and playfulness as loneliness turns into gratification and desires are slowly manifested into reality.

It’s been well over a year since I’ve seen Bertrand Bonello’s latest film, and I can still remember every frame. His terrorist drama, depicting the revolting thrill of the act and the shallowness of youth with a methodical precision, is a masterclass in direction. Every camera movement, cut, and musical choice is perfectly calibrated to inch towards the throat-tightening tension of the nightmare our protagonists place themselves in. As our sympathies are toyed with, Bonello’s bifurcated narrative is a brilliant deconstruction of revolution.

The greatest documentary of 2017 will surely stand the test time, partly due to how much it invests in exploring the unwieldy power of time itself. Bill Morrison’s Dawson City: Frozen Time begins its story on an event in the 1970s in which over 500 thought-to-be-lost nitrate film prints from many decades prior were discovered. Using these rare films and other archival materials, he tells a formally-fascinating tale of a lost era and delivers a call-to-action for current film preservation. In this regard, it’s also the most important film of 2017: a rallying cry to look back through cinematic history to not only protect it, but to discover its boundless treasures.

If Phantom Thread is truly Daniel Day-Lewis’ final role, as the actor has stated, one might imagine a physical and mental strain rupturing across the screen the likes of which we haven’t seen since Daniel Plainview. That Reynolds Woodcock exudes anything but those qualities is one of the many surprises Paul Thomas Anderson has in store with his sumptuous period drama. Although there’s an egomaniacal vein that runs through that character, an elite fashion designer, there’s also a sly tenderness and comedic warmth that gives startling life to this shape-shifting relationship drama. Deeply engrossing and playful as it seamlessly weaves between romantic, unsettling, funny, and back again, Phantom Thread is defined by the women in Reynolds’ life (played by the astounding Vicky Krieps and Lesley Manville), and it’s a joy to see their three-way psychological game unfold.

A clear divide in his approach to filmmaking before and after The Tree of Life, also causing a rupture in the admiration of his films, if you’d read my previous year-end top tens, then the inclusion of Terrence Malick’s latest should be no surprise. What personally astonished me, however, was just how ravishingly fractured, open-hearted, and piercingly moving the experience was. As innocence gets eroded and redemption is sought, this is the most sonically impressive and emotionally honest a late period Malick film has been. I also encourage one to read Josh Hamm’s theological reading of the film–the best analysis I’ve seen–in which he explores how “philosophy is distilled into emotion.”

The psychological weight of our certain death and the fact that life will go on long after we are departed is difficult to convey visually, but A Ghost Story is one of the most poignant films to ever grapple with this issue. It’s a singular feat of enthralling storytelling that I would say is going to leave a lasting impression centuries after everyone involved has passed away, but as Will Oldham (aka Bonnie “Prince” Billy) ponders in David Lowery’s micro-masterpiece, humanity will eventually perish. It’s not a comforting thought, to say the least, but A Ghost Story leaves enough room for the viewer to find peace in the reflection.