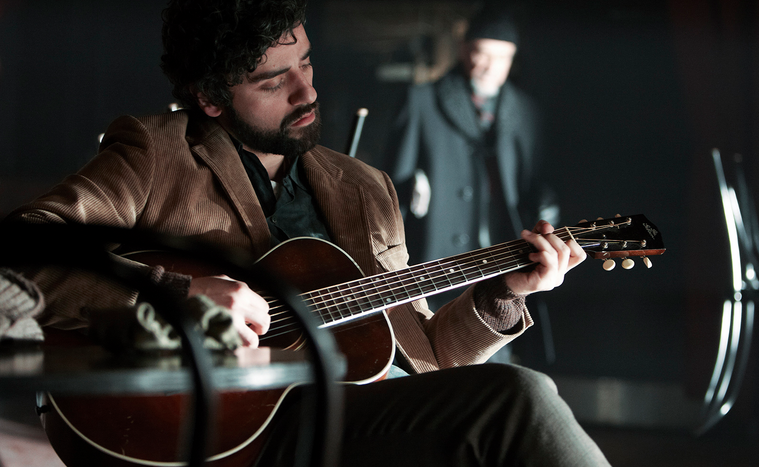 Closing out our year-end coverage is individual top ten lists from a variety of The Film Stage contributors, leading up to a cumulative best-of rundown. Make sure to follow all of our coverage here and see editor-in-chief Jordan Raup’s favorite films of the year below.

Reflecting on the year of cinema, it was seemingly easier than prior years to find ten films I truly admired. As usual, Hollywood’s contributions to 2013 were meager, but there was a remarkable level of high-quality work on the independent side. With 379 films screened (full log here) it marked a yearly high, but more importantly were the discoveries. I recently rounded up my top 50 new-to-me films and now it’s time to take a look at the 2013 releases I was most impressed by. Aside from a few outliers that I haven’t screened yet (The Selfish Giant, You Ain’t Seen Nothin’ Yet and the Chinese cut of The Grandmaster, to name the biggies), one can see my honorable mentions and top ten below. Here’s to a great 2014.

Having not seen any of Xavier Dolan‘s previous work, I wasn’t sure the best starting point would be his third film, a three-hour drama that was little-seen in the United States. However, I’m glad I snuck it before the end of the year, as Laurence Anyways proved to be one of my favorite films of the year. Tracking the ten-year relationship between Laurence Alia (Melvil Poupaud) and Fred Belair (Suzanne Clément), Dolan’s film explodes with passion and color, perhaps the best ode to French New Wave in recent cinema.

While I don’t consider myself a Hayao Miyazaki superfan, I’ve enjoyed his animation, but always felt at a distance to his work. With his final feature, The Wind Rises, the director loses the fantastical elements his career has been built upon (aside from a few dream sequences) and the result is an emotional connection I’ve rarely felt in the field of animation. Tracking the life passions of Jirō Horikoshi, a man best known for designing the Zero Fighter plane used in bombing Pearl Harbor, the film deals with obsession, guilt, and loss more effectively than any live-action film I’ve seen this year. Unfortunately, if you missed its one-week run in NY/LA this fall, you’ll have to wait until a home release to screen it subtitled with its native Japanese, as Disney’s February release will be dubbed.

As I look back on the year, one of the biggest question marks is why one of the best independent films of the year seemed to arrive and depart without so much as a whisper. Aside from a certain feature that’ll be mentioned later on this list, David Lowery‘s break-out directorial effort Ain’t Them Bodies Saints was the most impressive work I saw at Sundance Film Festival earlier this year. Capturing a perennial love undeterred by a life of crime, Rooney Mara and Casey Affleck give some of their best performances in this subdued, lyrical work of art.

Premiering alongside Laurence Anyways at Cannes Film Festival back in 2012, Thomas Vinterberg‘s The Hunt also got a minor theatrical release this past summer. A gripping character study exploring what can happen when one lie spreads throughout a small community, Mads Mikkelsen delivers his finest performance in this harrowing drama. With a final sequence that still haunts my mind, The Hunt is one of the most powerful films of the year.

6. To the Wonder (Terrence Malick)

Terrence Malick‘s latest is the film I’ve wrestled with the most this year. Although I was mostly enamored, if left a bit cold, on a first viewing, it took a few more to realize how distinctly it conveyed life’s struggles with attachment. In part due to Emmanuel Lubezki‘s divine camerawork, To the Wonder is also perhaps Malick’s most spiritual work, as he continuously discovers everyday beauty in his least-glamourous locale yet.

Even at a sprawling three hours, I couldn’t think of a single second to be trimmed from Martin Scorsese‘s disturbingly entertaining portrayal of one of America’s slimiest figures. Despite some notions upon release that sway in the other direction, from the first disconcerting scenes of debauchery all the way to the pensive final shot, one can easily glean the calculated message, even with Scorsese brilliantly never having his characters saying it outright. With vivacious direction from the 71-year-old helmer and Leonardo DiCaprio‘s most impressive performance yet, The Wolf of Wall Street may be misunderstood by some, but with time, it’ll go down as one of their finest collaborations.

Plunging into the depths of the unknown, Leviathan is a frightening, murky look at man’s struggle to face the powerful, unstoppable force of nature. Coming from Lucien Castaing-Taylor and Véréna Paravel, out of the Sensory Ethnography Lab at Harvard University (also responsible for the equally fascinating, riveting work Sweetgrass), Leviathan is not only one of the landmark documentaries of the year, defying the very boundaries of its genre, but a cinematic experience I can’t imagine will be replicated anytime soon.

The most emotionally powerful film of the year, Steve McQueen‘s deep examination of the unthinkable system of slavery is an unflinching work that should be required viewing for the human race. Tracking the journey of Solomon Northrup (Chiwetel Ejiofor), McQueen and cinematographer Sean Bobbitt are at the top of their game, showing our lead’s hope disappearing both physically (as he desperately hangs from a tree) and emotionally (the degrading embers of a destroyed letter). Even more harrowing is the fact that slavery is more rampant today than ever before.

While some films struggle to conjure a specific mood when it comes to just a specific scene, Joel and Ethan Coen excel yet again at layering their work from the first frame to the last with a distinct tone. Following a flawed artist, flawlessly played by Oscar Isaac, Inside Llewyn Davis is the melancholic journey of a man consistently one step removed from the road to a better life — a struggle I imagine shared by many. Complete with the best soundtrack of the year, the Coens’ latest work, like their greatest, is one I see myself revisiting time and time again.

As I exited a Sundance Film Festival screening of Before Midnight this past January, I knew it would be hard for another film to match up in the eleven-plus months to follow. And indeed, even after a rewatch, this trilogy-capper is the finest film of 2013. Departing from the dreamlike mood of first (and renewed) love of Before Sunrise and Sunset, but retaining their deceivingly brilliant dialogue, Richard Linklater‘s Before Midnight takes an honest, difficult look at the realities of marriage. If the trio decide to return in 2022, I’ll be waiting with open arms, but if not, they’ve created one of the finest trilogies cinema has to offer.