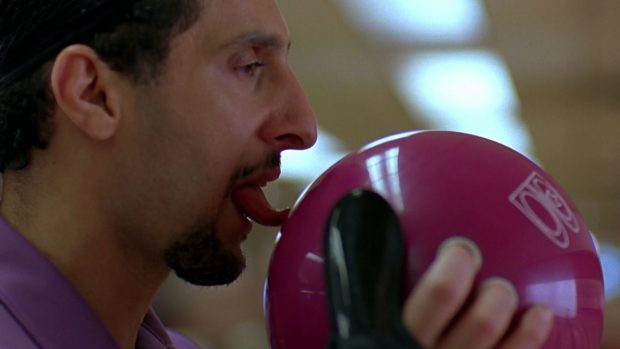 There’s been talk of a Big Lebowski sequel for years and years, and the Coen brothers, as one would only reasonably expect, haven’t been so keen on the idea — despite, most prominent of all, expressed interest from Jeff Bridges and John Turturro. The latter’s gone so far as to say he has a sibling-supported idea for a spin-off that we haven’t seen because, up to now, it’s been in “a very complicated legal situation.” We might now have an idea as to what that situation is (or was), because the spin-off might well be underway: Birth.Movies.Death. have word that his latest (and currently filming) writing-directing effort, Going Places, is both a remake of a French sex comedy and a Big Lebowski follow-up concerning the new adventures of sex-offending bowler Jesus Quintana.

Turturro would once again play the sensual Latino, who’s now in thieving cahoots with Bobby Cannavale‘s Petey, and the picture finds them competing “to give a woman (Audrey Tautou) her first orgasm after she’s roped into their hijinks.” (Susan Sarandon has apparently been cast as a recently released criminal involved in their dealings.) This is believable enough for a set-up, given what we’ve seen of Quintana in the past, and the original film — which featured Gérard Depardieu, Jeanne Moreau, and Isabelle Huppert — was famously labeled by Roger Ebert as “the most misogynistic movie I can remember.” Doesn’t that especially sound right for a new Quintana tale?

Given the efforts that may have been necessary for Going Places to come together, and given the passion project status it’s attained through years of Turturro’s hopes and efforts, I find myself — and this could always come back to bite me when it premieres at some festival next year — more hopeful than any Big Lebowski follow-up should leave a man, especially one by now somewhat tired of the original’s iconography. Unless, of course, this was an erroneous report — and then we’ll just look silly.