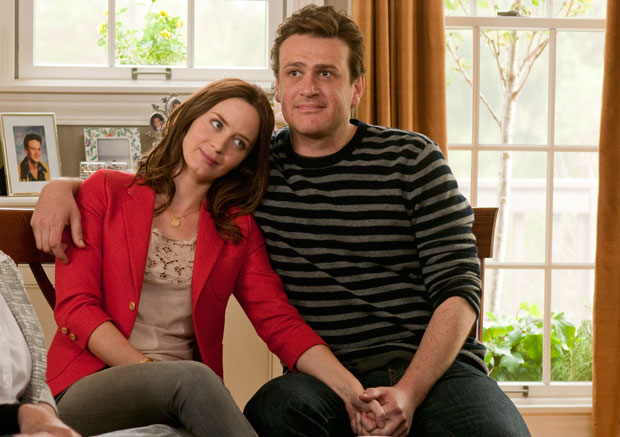 After showcasing some of our favorite debuts of last year with Beyond the Black Rainbow and Magic Valley, Tribeca Film Festival has announced the first peek at their line-up. Robert De Niro’s New York-based fest will open with the Judd Apatow-produced romantic comedy The Five-Year Engagement. Marking the third film from Forgetting Sarah Marshall and Get Him to the Greek director Nicholas Stoller, he re-teams with Jason Segel, while Emily Blunt, Rhys Ifans, Chris Pratt and Alison Brie round out the major cast.

Things kick off on April 18th for the film which co-founder Jane Rosenthal calls full of “wit and energy” and “hilarious and affecting.” It is certainly a step up compared to other opening films such as Shrek: Forever After and Whatever Works.  I’ve been a fan of Stoller and judging from the first trailer, this looks to be his most charming film. Check out his statement below, followed by the trailer if you haven’t seen it.

“When Jason and I met during the production of Undeclared, we couldn’t have imagined that one day we would write a comedy that would open such a prestigious film festival as Tribeca. We are so honored that the festival organizers have given us this platform to premiere the film. To be honest, this is all just a ploy to stand on top of a building with Robert De Niro and look out over New York City at dusk.”

The 2012 Tribeca Film Festival runs from April 18th to the 29th and check back for the full line-up on on March 6 and 8th.