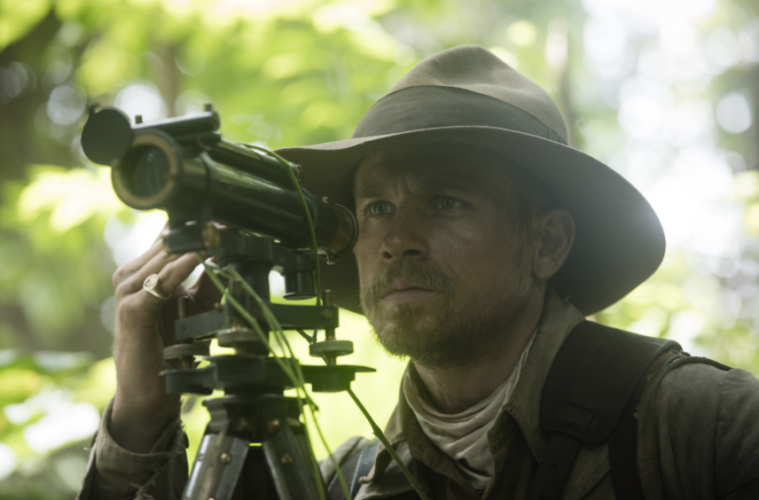 They have saved the best for last — or, rather, the most enticing of three works that have been highlighted in advance of a larger slate. Following announcements that Ava DuVernay’s The 13th and Mike Mills’ 20th Century Women will serve as opening and centerpiece titles, respectively, of this year’s New York Film Festival, James Gray‘s The Lost City of Z — far and away one of our most-anticipated films of 2016 — has been crowned their closing entry.

Kent Jones, who helped slot The Immigrant in 2013, says Z “represents something new. It’s a true epic, spanning two continents and three decades, and it’s a genuine vision of the search for sublimity.” I’d asked Gray about it, briefly, in the spring of last year, and he told me the following:

“I’m very excited; it’s going to be a huge challenge. But I’m very scared, and I’m under no illusions that I’m going to go to the jungle and have a great time and it’s going to have a party. I mean, it’s going to be an epic struggle, and I’m going to try and do my very best. I have many, many ideas. The project’s been gestating for a long time, and, in some respects, that’s a challenge in and of itself, because you have many, many ideas, and you want to make sure the project has a unity and a singularity and a uniqueness and a consistency.”

While one shouldn’t expect a festival’s Director and Selection Committee Chair to speak ill of the title that’s closing said festival, the correlation between both men’s comments is, I think (and hope), a sign that the stars have aligned. Although word that Paramount’s no longer handling distribution is a bit concerning — mostly in the when-can-others-see-this realm, a problem that plagued The Immigrant for about a year — we should cross that bridge when it’s before us. For now: anticipation!

“James Gray’s emotionally and visually resplendent epic tells the story of Lieutenant Colonel Percy Fawcett (a remarkable Charlie Hunnam), the British military-man-turned-explorer whose search for a lost city deep in the Amazon grows into an increasingly feverish, decades-long magnificent obsession that takes a toll on his reputation, his home life with his wife (Sienna Miller) and children, and his very existence. Gray and cinematographer Darius Khondji cast quite a spell, exquisitely pitched between rapture and dizzying terror. Also starring Robert Pattinson and Tom Holland, The Lost City of Z represents a form of epic storytelling that has all but vanished from the landscape of modern cinema, and a rare level of artistry.”

The 54th New York Film Festival will begin on September 30 and The Lost City of Z will premiere on October 15.