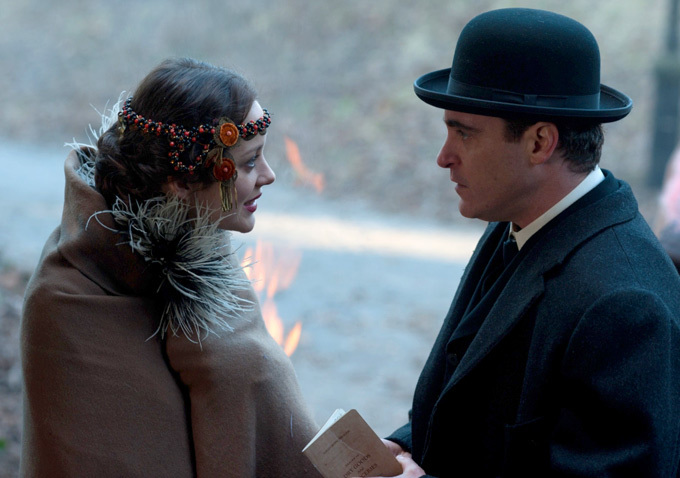 James Gray‘s The Lost City of Z arrives in the United States in a few weeks and it’s certainly a 180-degree turn — in terms of a distributor that clearly cares about the film they are handling — when compared to his last drama, The Immigrant. After premiering at the 2013 Cannes Film Festival, The Weinstein Company shelved the Joaquin Phoenix- and Marion Cotillard-led film until a small release a year later. Gray is never one to shy away from expressing his genuine opinion, and now that The Immigrant is behind him and he’s on the press circuit again, he’s much more open about what happened.

“Let me try and be as direct as I possibly can with you on this. There was no relationship to repair,” he tells The Telegraph, when asked about Harvey Weinstein. “I didn’t intend for Harvey to buy and release The Immigrant – I thought it was a terrible idea. And I didn’t think he would want the film, and I didn’t think he would like the film. He bought the film without me knowing! He bought it from the equity people who raised the money for me in the States. And I told them it was a terrible idea, but I had no say over the matter.”

He goes on to say, “So they sold it to him without my say-so, and with me thinking it was a terrible idea. I was completely correct, but I couldn’t do anything about it. It was not my preference, it was not my choice, I did not want that to happen, I have no relationship with Harvey. So, it’s not like I repaired some relationship, then he screwed me again, and I’m an idiot for trusting him twice!”

Speaking to the cold reception at Cannes, he adds, “Harvey then used the UK critical response as a way to try and get me to change the ending, remove the last shot, and a number of things like that, which I felt would have ruined the movie. So I said no, and that’s the reason the film was released the way it was.” In the film’s stunning last shot (seen below), we witness a bifurcated view of each character heading to an uncertain, opposite future with no clearly defined resolution, but a perfectly fitting ending to the drama. So, what did Harvey Weinstein have in mind instead?

With The Immigrant I had final cut. So he knew he couldn’t make me change it. But he applied all the pressure he could, including shelving the film. So at that point the calculus becomes this:

a) Do I change the film, and in my mind destroy it? His cut was 88 minutes, had a Sound of Music-style ending with a soaring camera shot, with Marion [Cotillard] and her sister walking over a mountain in LA, narration saying “I made it, I made it,” soaring music, and all that. The audience doesn’t know that that’s not your idea. You get the blame because you’re the director and the writer of it. So I said, ‘Well, I’m not going to take the blame for that.’ What would happen is that that film would get bad response critically anyway, so then it would get the bad response, the film would bomb, and it’s not my cut.

b) Or, it’s my cut and the film never gets released. And maybe if I continue my career it becomes the legendary movie that I made that nobody could ever see.

So I felt that option b) was way better than option a). And he felt that this was just a totally terrible, obstinate, egotistical view on my part, because he felt his view was more quote ‘commercial’. I think I’m right.

I think actually I’ve been sort of borne out. Because when the film came out in the United States, Marion virtually won every critical prize without any support at all. Harvey could have easily gotten her an Oscar nomination, maybe even won her an Oscar, if he’d put his machine behind her.

But, you know, part of the absurdity of Ayn Rand is this conception that people always act out of self-interest. When in fact we act very frequently out of self-destruction. A lot of times we do very self-destructive things. And Harvey burying the movie was a very self-destructive act, which was basically an extension of the rejection of him. It violated his narcissistic principles. When you don’t do exactly what he wants, it doesn’t matter that it’s in his self-interest to protect the film – he doesn’t see it that way.

In the years that have passed since The Immigrant, one of the precise reasons it stays in my mind is the ending, so we can thank Gray that he held to his guns and got the finale he deserved, because the one Weinstein proposed sounds thematically similar to every one of his Oscar-geared dramas as of late. For every other filmmaker looking to acquire acquisition, one can heed his warning. For more from Gray, check out a recent 40-minute talk he gave and a new poster for his latest film below, and if you’re in NYC, Metrograph will be holding a complete career retrospective starting April 12.

The Lost City of Z opens on April 14.