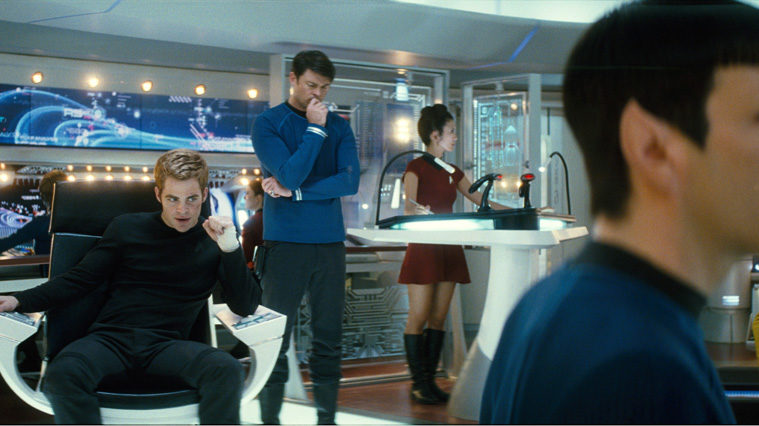 Next summer, we’ll be headed into darkness. With J.J Abrams in post-production on his Star Trek sequel, the cast has been letting out little hints here and there on what to expect. Zachary Quinto has said to it will deliver something “bigger” and “bolder,” while Chris Pine has chimed in that they’re “aren’t making Batman” and to still expect a mix of comedy along with action and a “big story.” While that’s not much to go on, and even Paramount still going by Untitled Star Trek Sequel, we can at least know what to call the thing now.

TrekMovie have confirmed with multiple sources that filmmakers have gone with the title of Star Trek Into Darkness. That’s right, no colon at all and one title that doesn’t really tell us much of anything. I do like the simplicity of it and the tone it eludes to, but it was supposedly a “long process” to officially nail this one down and they even toyed around with titles that didn’t include Star Trek in them. With a teaser likely to arrive in a few months, possibly with Paramount’s tentpole Jack Reacher, we should get more details soon.

What do you think of the title?