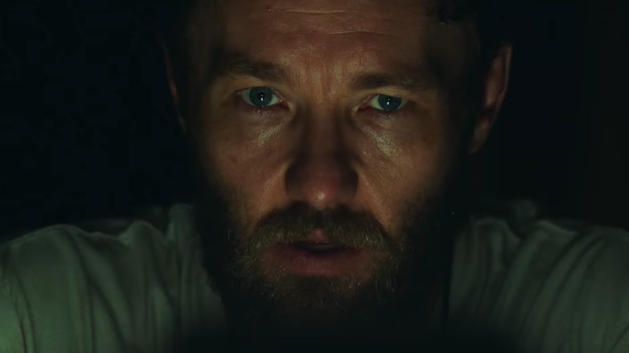 If you entered this post and have yet to see Krisha, we’ll give you 81 minutes to go check it out (for free on Amazon Prime). Alright, now that you’ve seen one of the best directorial debuts of last year, you’ll be pleased to learn that A24 also backed writer-director Trey Edward Shults‘ follow-up It Comes at Night, and it’s coming this year. Ahead of a June release, the first unsettling trailer has now landed.

Starring Joel Edgerton, Riley Keough, Christopher Abbott, and Carmen Ejogo, the psychological horror follows a father who believes an evil presence is outside his home and a battle must be waged. Looking to be another intense entry into the recent resurgence of arthouse horror, Shults’ style is fully on display here. Beginning with Pieter Bruegel’s painting The Triumph of Death before introducing our main characters, and the bloody terror to follow, we imagine this one will get a Cannes bow.

Award-winning filmmaker Trey Edward Shults follows his incredible debut feature Krisha with It Comes At Night, a horror film following a man (Joel Edgerton) as he is learns that the evil stalking his family home may be only a prelude to horrors that come from within.

Secure within a desolate home as an unnatural threat terrorizes the world, the tenuous domestic order he has established with his wife and son is put to the ultimate test with the arrival of a desperate young family seeking refuge.

Despite the best intentions of both families, paranoia and mistrust boil over as the horrors outside creep ever-closer, awakening something hidden and monstrous within him as he learns that the protection of his family comes at the cost of his soul.