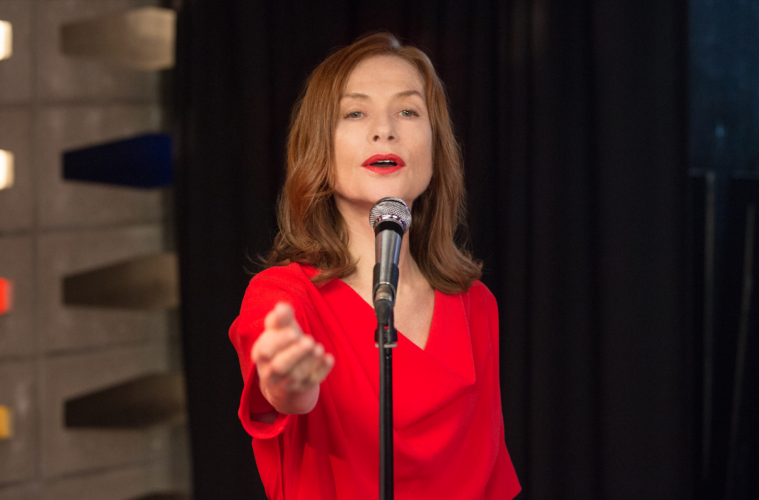 Isabelle Huppert Has a Musical Past in New Trailer for ‘Souvenir’

It’s not a major film festival without a new film from Isabelle Huppert. While Cannes saw the premieres of Happy End and Claire’s Camera, last fall a handful of films starring the actress came to TIFF and one was the drama Souvenir. Directed by Bavo Defurne, the film follows her as a factory worker whose semi-famous past bubbles up when she begins a new relationship. Set for a U.K. release this month, a new trailer has now arrived.

We said in our review, “With some nice feel-good moments and a couple crippling defeats, Defurne allows his characters to evolve despite the abbreviated run-time of 90 minutes. So while the relationship is half-baked to a point–hormones running wild–both Liliane and Jean are three-dimensional. We empathize with each misstep, their quick-tempered rejection of the other rapidly replaced by coy looks of forgiveness. And we appreciate their undying support for the other’s dreams even when they have given up hope in themselves. The songs are catchy, the romance sweetly intense, and the lack of meaty drama an intentional maneuver to keep things light. As a distraction from life’s inherent drama, you could do a lot worse.”

Liliane (Isabelle Huppert) was once “Laura”, a rising star in the singing world, who had her moment of glory when she finished second in the 1974 European Song Contest behind Abba. Today, everyone has forgotten her brush with fame, and she works in a pasta factory. But when she meets Jean, a 20-year-old boxer, her dreary life is suddenly turned upside down. He falls in love with her, and convinces her she should make a return to the stage.

Souvenir hits U.K. theaters on June 23 and Strand Releasing will release it later this year in the United States.