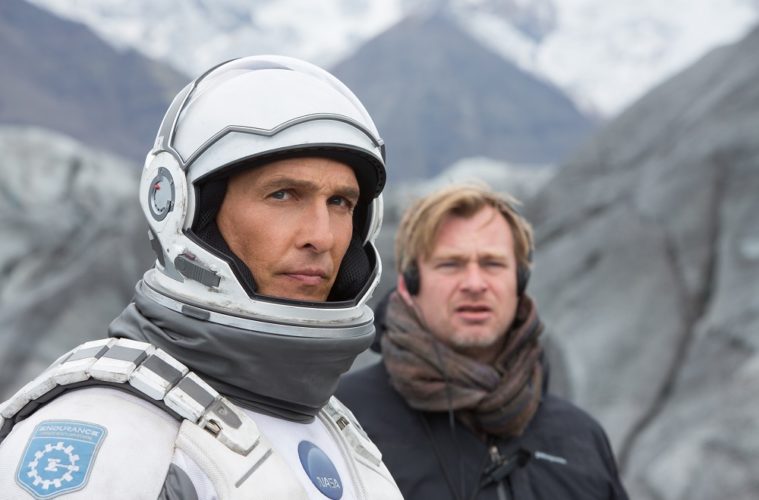 ‘Interstellar’ Will Feature Over an Hour of IMAX Footage; New Stills and Spots Arrive Although it is being displayed in six formats, Paramount is rightfully touting IMAX 70mm as the best experience for viewing Interstellar, considering it’s one of the few releases that actually features footage shot in the large format. Following up The Dark Knight Rises — which featured 72 minutes of IMAX footage in its nearly three-hour runtime — Christopher Nolan has confirmed just how much will be utilized in his sci-fi adventure.

In a conversation with EW, it’s revealed that more than an hour of the large-format film is being employed here, which puts it in the same ballpark as his last feature. “This is the first film I have made where the actual experience of the film is paramount to the audience,” Nolan says. “You would think that’s the case with Batman movies but it’s not; they’re more dependent on the reaction of characters on screen. Interstellar is different. It harkens back to the direct experience films of 2001, where you’re not just experiencing it through the characters, you are lost in it.”

While we’re not going to get near any new footage until we see it ourselves, for those more daring, they can see a trio of new TV spots below along with new stills (via Emile Eid) and the embarrassing, high school portrait-esque EW cover.