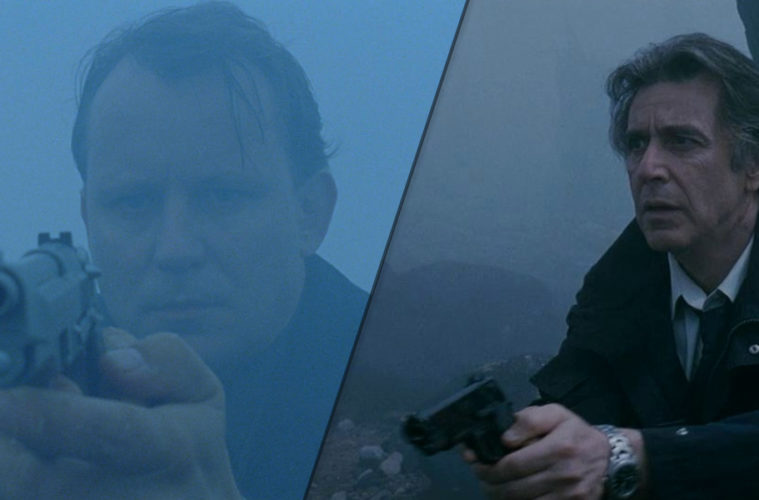 ‘Insomnia’ Side by Side: Contrasting Christopher Nolan and Erik Skjoldbjærg’s Thrillers

“The original Norwegian Insomnia, by Erik Skjoldbjærg, is a dark and brooding exercise in making a bad man come face to face with his inherent flaws through a combination of guilt and psychological exhaustion. In remaking it, Christopher Nolan kept the stresses, but changed the man, essentially using the original as a framework by which he could create a new examination of a different person; a good man struggling against bad choices and their poisonous effects. Thus, Nolan makes the best kind of remake – a wholly new journey down a familiar path,” we said back when naming the update one of the best American remakes of a foreign film.

Today gives us a chance to see the precise formal differences (and a few similarities) between the two thrillers in a side-by-side video essay. Coming from Fandor Keyframe, on the left side of the frame, one can see the original 1997 Norwegian film, led by Stellan Skarsgård, while the right side offers up the Al Pacino-led Nolan version. Through longer, atmosphere shots vs. quick cutting, less dialogue vs. more, precisely the timing of different sequences, and more, it shows just how different directors can tackle more or less the same material. Check it out below.

Which Insomnia do you prefer?