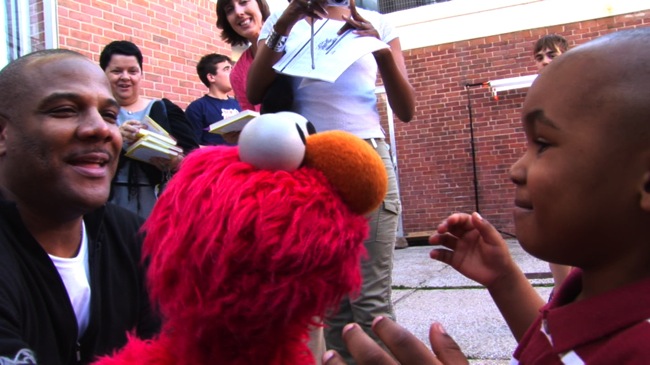 The Independent Film Festival of Boston (IFFBoston) kicks off this Wednesday, and has a number of impressive films in its line-up. The festival will take place at the Somerville Theatre in Davis Square, the Brattle Theatre in Harvard Square, the Coolidge Corner Theatre in Brookline, and the Stuart Street Playhouse in downtown Boston. The festival, complete with over 110 film screenings, filmmaker Q&A sessions, panel discussions, visiting filmmakers, parties and events will showcase the best in current American and International cinema.

The opening night film of the festival is Being Elmo directed by Constance Marks will open the 9th annual festival on April 27th at the Somerville Theatre. This marks the first time the festival will open with a documentary. The film follows Kevin Clash, from humble upbringings as he follows his dream to become a puppeteer and one day work with his idol, Jim Henson, to the present day where he has traveled the world performing as the puppeteer and voice behind Sesame Street’s breakout star, Elmo. Director Constance Marks, Kevin Clash, and Elmo will be in attendance on Opening Night.

Check out the festival’s feature selections below and look for our coverage in the coming week.

ANOTHER EARTH directed by Mike Cahill

BENEATH CONTEMPT directed by Benjamin Brewer

THE FUTURE directed by Miranda July

ON THE ICE directed by Andrew Okpeaha MacLean

THE SALESMAN directed by Sebastien Pilote

THE TRIP directed by Michael Winterbottom

BEING ELMO directed by Constance Marks

BOBBY FISCHER AGAINST THE WORLD directed by Liz Garbus

THE CHINESE ARE COMING TO TOWN directed by Ronja Yu

COLOR ME OBSESSED: A FILM ABOUT THE REPLACEMENTS directed by Gorman Bechard

GRANITO: HOW TO NAIL A DICTATOR directed by Pamela Yates

HOW TO DIE IN OREGON directed by Peter Richardson

IF A TREE FALLS: A STORY OF THE EARTH LIBERATION FRONT directed by Marshall Curry

PAGE ONE: A YEAR INSIDE THE NEW YORK TIMES directed by Andrew Rossi

WHO TOOK THE BOMP?: LE TIGRE ON TOUR directed by Kerthy Fix