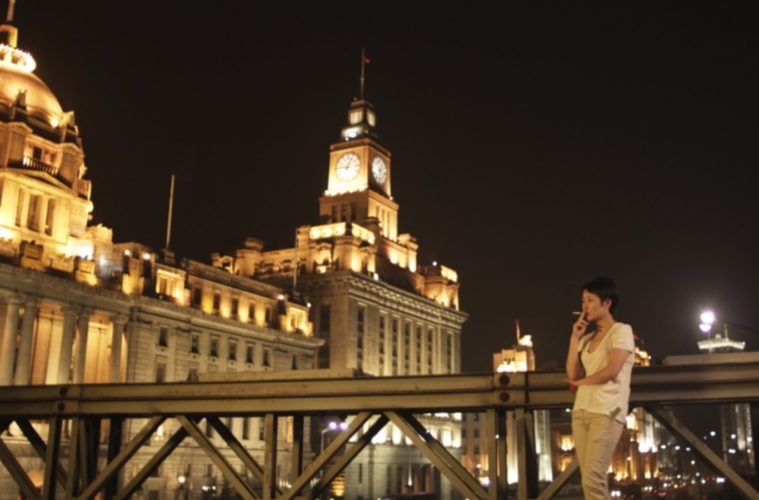 The latest Jia Zhangke film to arrive in the United States is technically not a new film, but rather a director’s cut of his 2010 documentary, I Wish I Knew. While the previous cut made it to festivals, it rarely screened elsewhere. One of cinema’s modern masters, his surge in popularity coming from his latest three masterpieces–A Touch of Sin, Mountains May Depart, and Ash is Purest White–has thankfully meant that an underseen work is getting proper U.S. distribution and hopefully a sustainable way to experience it for years to come.

I Wish I Knew is immediately reminiscent of 24 City, his 2008 documentary-narrative hybrid which examined the impact that changing economic factors had on working-class Chinese people. An essential watch for anyone interested in politics, art or people themselves, 24 City had a very specific focus: how the changes towards factories and the economy affect the workers who are constantly undermined in these processes. Taking on a broader scope, I Wish I Knew is simply about the stories of people: the tales of their own experiences, their histories with the city of Shanghai, and discussions of their deceased relatives. The film is about the way we remember, from individuals looking back on the stories of life that their grandparents told them to the camera itself acting reflective of a time that’s destined to be finite.

Opening with establishing shots of Shanghai, he begins focusing on the intricacies of everyday life, including people smiling while sitting on boats, cyclists riding through the busy roads, and children playing in the street with reckless glee. Jia’s camera is fascinated by the realities of cities; the way he shoots random streets are breathtaking in their attention to detail. He is one of the preeminent filmmakers in the ways he captures the way a specific city feels. His filmmaking is patient, carefully revealing how locations affect individuals and vice versa. Within minutes of seeing Shanghai through his eyes, it feels like the viewer has been there one’s whole life. It’s reminiscent of Chantal Akerman’s News from Home as both create a sense of immersion and document history flawlessly, creating breathtaking capsules of existing in a specific time and place.

Both films are also about the constant process of change, formally and narratively. Akerman’s personal shifts are made even more powerful with hindsight, lingering on an era before New York changed irrevocably. Jia’s work is focusing on capturing not only the stories of these people and their families, but the details of that process environmentally. Not only are there recreations and elements of performance, but the conducted interviews always relate back to the environment. Jia will always refer to the world around these stories, showing us dockworkers and the spaces that might not be there in another 10 years, capturing them on celluloid while they still exist.

That idea, of preserving something on camera so it doesn’t fade, is the running theme behind this project and 24 City. If Jia wasn’t asking these questions–giving space for these experiences to not only be heard but adapted into cinema itself–would anyone else? Would these beautiful, heartbreaking, overwhelming tales be destined to be heard by no one? The idea of a human being’s collective experiences, over decades of unique living, just fading into the darkness upon death is something that Jia’s work has continually grappled with. It’s feeling that most are afraid of: being eventually forgotten.

At a certain point in the first half, a woman talks about her father and how he died in prison before she got the chance to know him. Yet she aches with grief over him even now, tearing up at the prospect of never getting to feel his love, even though she’s now older than he ever was. Jia lets the moment sit, focusing on her face dealing with all those complicated feelings, and then fades to a collection of photographs of her father. We get to see all she’s ever known of him as well. Jia’s made sure that a part of them will always exist, even when we’re all long gone from this universe.

For those that count this among 2020’s releases, it will certainly go down as one of the finest. The fact that another new Jia Zhangke documentary is immediately on the horizon (Swimming Out Til The Sea Turns Blue, premiering at Berlinale) is a further sign of reassurance that vital stories of his homeland are being documented for generations to come–and humanity is all the better for it.

I Wish I Knew opens at NYC’s Metrograph on Friday, January 24.