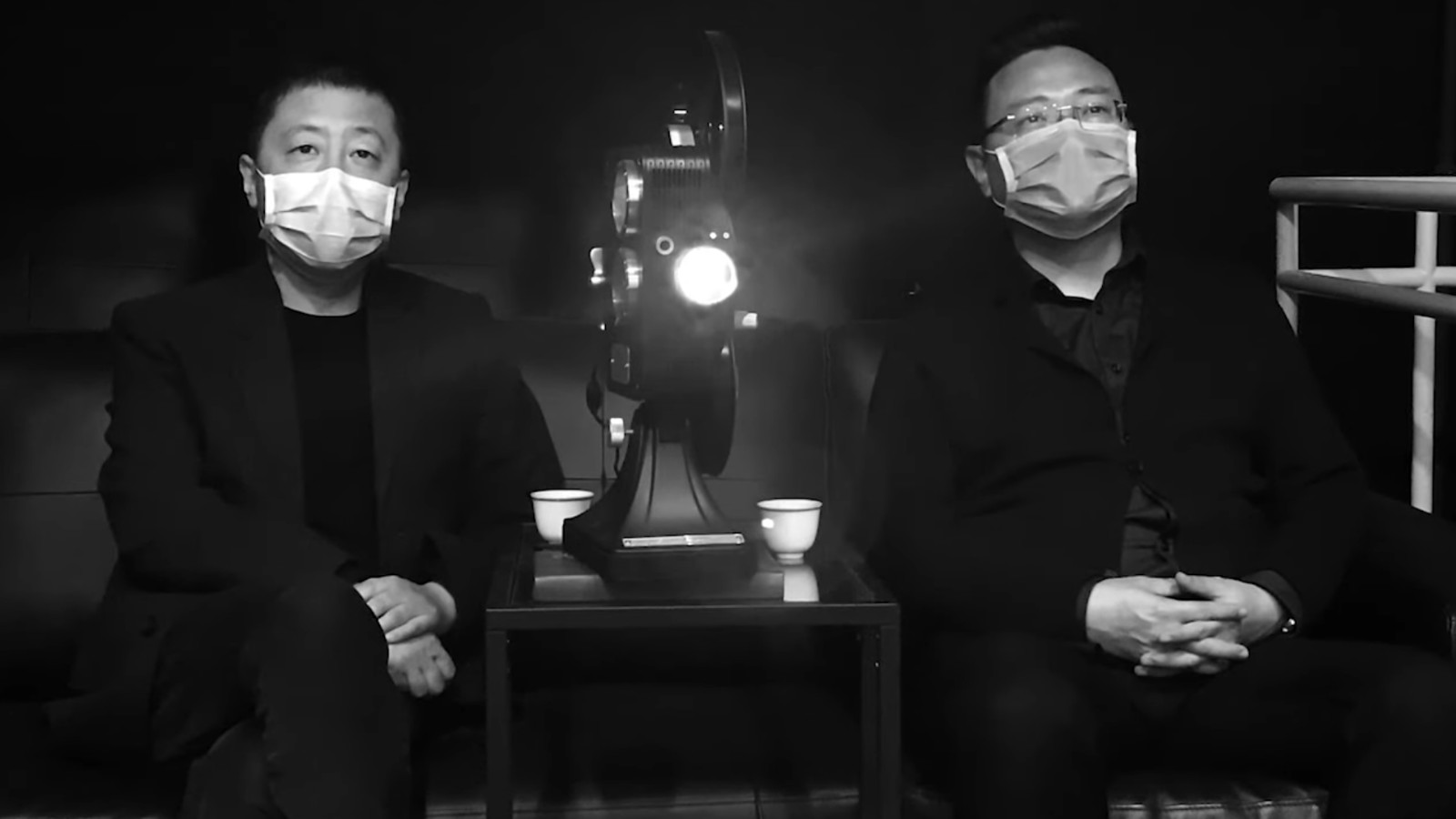 Far down the list of priorities and concerns though it may be, it is entirely inevitable that anybody with any connection to the film world, fan or studio head or somewhere between, asks themselves what effect the coronavirus pandemic has on their beloved medium. One inevitable possibility: the locked-in, sealed-off film production, that work being made right now to mark this distinct moment in human history.

The Thessaloniki International Film Festival got the jump and commissioned several directors to create under such circumstances, asking for “their own timely comment on the new reality that we live in” under, obviously, certain limitations: “create a film at home, using the environment, the people or the animals in that space. The only outdoor areas that may be used are outdoor living spaces, such as the terrace, the garden, the balcony and the stairwell.”

Jia Zhangke participates with Visit, a four-minute short bearing many signifiers of lockdown: face masks, handshake-avoidance, Purell-as-Holy-Object, and a newfound reliance on the knuckle. Its “visits,” such as they are, to the outside world are brief but telling; its vision of a desire to escape is more-or-less universal. And has the sound mix on material objects and hand sanitizer been turned up to emphasize a newfound awareness of our surroundings, or is that my quarantine-addled brain doing the talking?

Watch below, and read our recent interview with Jia about his new film Swimming Out Till the Sea Turns Blue: