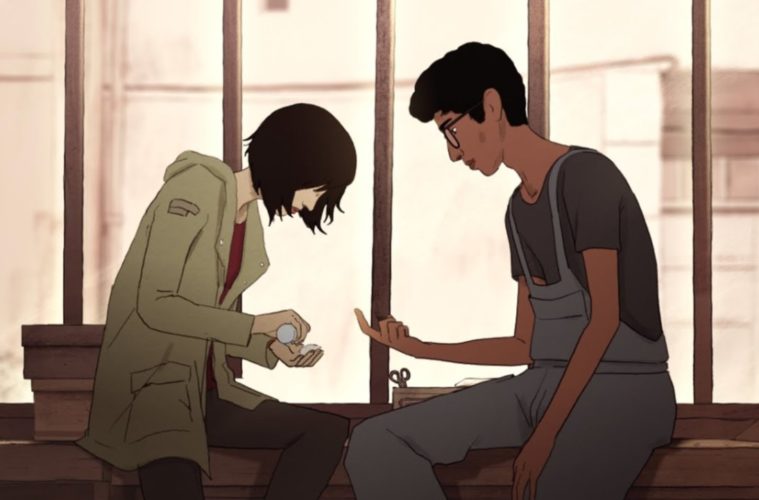 ‘I Lost My Body’ Trailer: Experience Paris Like Never Before in Acclaimed Animation

In recent years, Netflix has begun to acquire some of the most critically acclaimed films of the year from the world’s most prestigious film festivals. Today they have unveiled the first trailer for the Cannes award-winning feature, I Lost My Body, which is an animation unlike any other.

Directed by Jérémy Clapin and co-written by Guillaume Laurant (Amelie, City of Lost Children), the story follows a severed hand from a Parisian laboratory as it tries to reconnect with its human body, a pizza boy named Naoufel, whose own burgeoning feelings for a librarian named Gabrielle fuels the hand’s memories that may provide the answers as to why the hand was separated from its body. The trailer evokes many of the same beats as Guillaume Laurant’s previous works in a gorgeously animated fashion.

Peter Debruge wrote in his review from Variety, “ In its finished form, director Jérémy Clapin’s peculiar undertaking (adapted from the novel “Happy Hand,” by Guillaume Laurant) is even stranger than it sounded to me half a decade earlier, and yet, there’s no question he’s pulled it off. In fact, I’d hazard to say it’s one of the most original and creative animated features I’ve ever seen: macabre, of course — how could it be otherwise, given the premise? — but remarkably captivating and unexpectedly poetic in the process.”