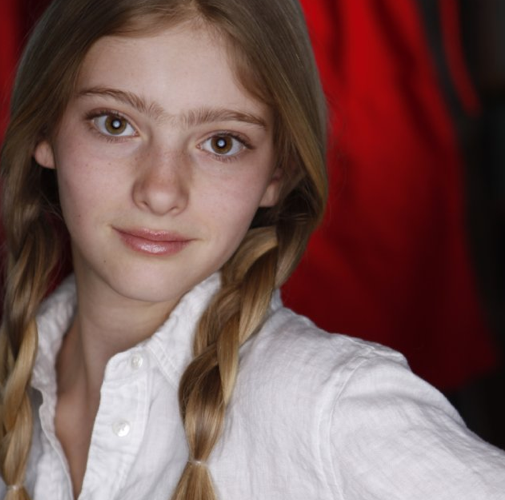 The casting news for The Hunger Games is coming down hard and fast now! With the tributes of Districts 1, 11, and 12 cast, fans are sure to clamor over the latest actress signed to appear in the tent pole adaptation of the wildly popular YA adventures series.

THR has announced that Willow Shields, a sweet-faced girl who has appeared on In Plain Sight, has been signed to play Primrose Everdeen, the adored younger sister of the film’s heroine, Katniss. In the first book, Primrose (lovingly referred to as Prim by her protective older sister) doesn’t get much face time, but her involvement in the plot grows as the books go on. Still, Prim’s role is a catalytic one, as its her connection with her sister that spurs Katniss to join the Games. Those who are curious can see more of Shields this Sunday on the made for TV movie Beyond the Blackboard on CBS.

It looks like Lionsgate is teasing out these announcements one or two a day, whether or not the cast actors or “names” or no. To that end, I expect we’ll be hearing more announcements on tributes and tertiary roles being cast each day until they reveal what many fans are most hankering to hear: who will play Haymitch!

At this point, Gary Ross is gaining supporters for his picks, which include the Oscar-nominated actress Jennifer Lawrence as Katniss, the well-reputed Josh Hutcherson who has fared well in kid flicks and grown up pics alike, and the supremely talented comedic actress Elizabeth Banks, who is currently in talks to play Effie Trinket.

What do you think of Willow Shields as Primrose Everdeen?