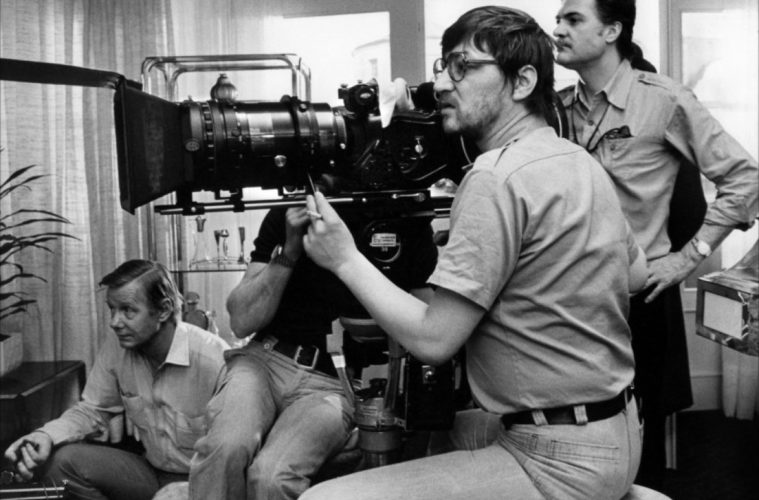 Alexander Huls on how Hollywood killed death at NYTimes:

Blur your eyes, and they might have all been the same tedious, manipulative movie. I felt nothing watching these characters disappear off-screen, hurtling toward whatever lies beyond. I’m no sociopath. The problem is that death at the movies has died. The movie industry has corrupted one of cinema’s — if not all of fiction’s — most emotionally taxing moments into hollow formula, the kind of thing that passes in the blink of a plot point leading to a literal, if not figurative, explosive finale that takes up half the budget. Considering this, it’s odd that death’s killer is the new, risk-averse economic logic of Hollywood.

In light of Transcendence, Samantha Wilson looks at how films have envisioned The Singularity since 1927 at Film School Rejects:

Transcendence casts Johnny Depp as a brilliant scientist who plots out grand plans for The Singularity, only to become that omnipotent, sentient technological himself when an assassination attempt goes awry. While the new film is a look at what happens when technology becomes humanoid, it’s certainly not the first movie to ever do so. In fact, cinema has been toying with the idea of The Singularity — the point at which A.I. acquires beyond-genius-level intelligence — since the 1920s, even if it was never called that back then.

On the other side of the coin, Jason Bailey asks why cinematographers make such lousy directors a Flavorwire:

Wally Pfister has been in it for a minute. He started out in the late ‘80s and early ‘90s, first as a camera operator and then cinematographer for straight-to-VHS erotic thrillers and horror films with titles like Animal Instincts II, Secret Games 3, and Amityville: A New Generation. But in 2000, he hooked up with director Christopher Nolan for Memento, and he’s shot every Nolan film since (along with Moneyball, The Italian Job, and a few others). Now he moves into the director’s chair, orchestrating a high-caliber cast in the big-budget sci-fi thriller Transcendence (out today). But even if you view it without this thumbnail bio in the back of your head, you might guess the pedigree, because it’s a terrible movie that looks amazing.

Wiliam Friedkin blames Star Wars for the failure of Sorcerer. I’m not sure if he has a point in literal terms, although Sorcerer did come out right as Star Wars fever was gripping the nation, debuting a month after Luke first blew up the Death Star, but he’s certainly right in a larger sense. Star Wars heralded the end of the 70s Golden Age of film, and Sorcerer was the last movie of that wave to make it through, but when it was released it found the entire movie landscape had changed.